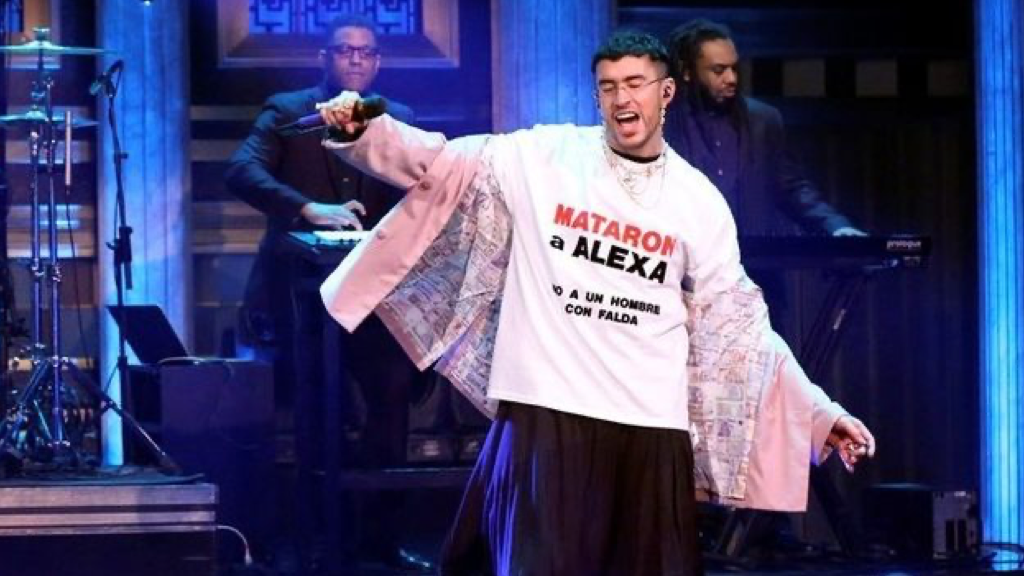 “They murdered Alexa, not a man in a skirt”…That was the message emblazoned on Bad Bunny’s shirt while the Puerto Rican artist performed on “The Tonight Show,” Starring Jimmy Fallon, in February.

Wearing a skirt, Bad Bunny was bringing attention to a grave injustice on his home island…

Puerto Rican transgender woman Neulisa “Alexa” Negrón Luciano was brutally killed on February 23rd by a group of men who posted a video of the horrific attack on social media.

Alexa was sometimes mocked because she was suffering from poor mental health and homelessness.

To make matters worse, Puerto Rican media disrespected Alexa by addressing her as a “man dressed as a woman,” which explains Bad Bunny’s protest.

Alexa identified as a woman, which should be respected.

Instead of being more inclusive, legislators are considering changes to the island’s Civil Code that could deny people the right to change the gender on birth certificates.

Many Puerto Ricans like Ricky Martin have come out against this harmful legislation, but we need action from a government that’s failing its people.

Transgender rights are human rights. Our communities will not be safe until transgender and nonbinary people can dress and present how they want.