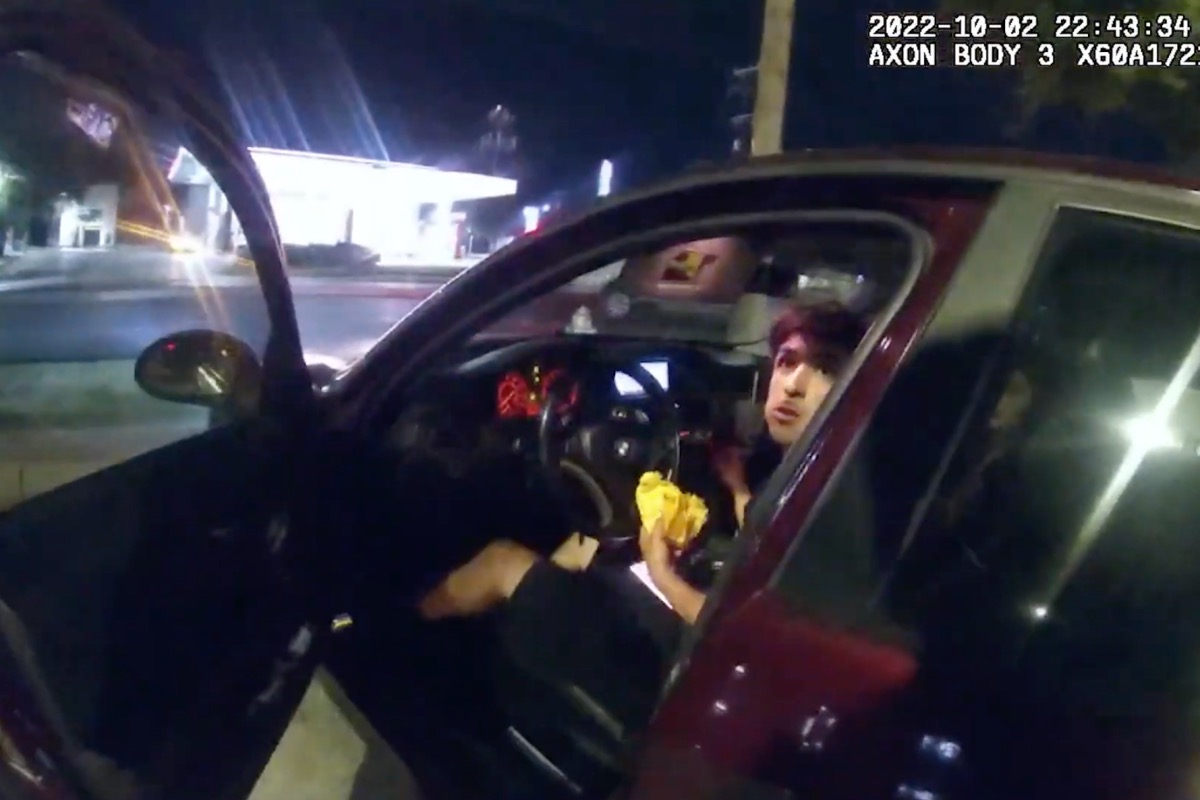 On the night of Oct. 2, 2022, 17-year-old Érik Cantú was sitting in the parking lot of a McDonald’s, eating a burger with his girlfriend in the passenger seat. Érik is visibly shocked when then-San Antonio Police Officer, James Brennand opens his car and instructs him to step out of the car.

Officer Brennand was at the scene investigating a disturbance call when he approached Cantú’s vehicle. “As the officer attempted to gather information from witnesses, he noticed a vehicle that had evaded him the day before as the officer attempted a stop because the registered license plate did not match the actual vehicle,” Capt. Alyssa Campos, the department’s training commander, said in a video statement.

Now, Érik Cantú is on life support and in critical condition. His mother, Victoria Caceres, said her son was shot in his stomach, diaphragm, lungs, liver, bicep, and forearm. She added that they assume there have been four shots because of how many bullets have been recovered, with the expectation of one still lodged near his heart that doctors are not able to retrieve at this time.

A GoFundMe page has been started by Érik’s family and loved ones to cover Érik’s medical expenses as he continues to fight for his life and heal from his injuries.

The most recent update from the GoFundMe page came from Érik’s aunt, Natalia Farias-Carranco, who stated that Érik has undergone multiple emergency surgeries and asks for “continued prayers for Érik and for strength for the family as we remain committed to supporting him and seeing him through.”
Brennand was fired three days after the shooting, and he has also been charged with two counts of aggravated assault by a public servant. Cantú’s family and supporters are calling for additional attempted murder charges. A hearing is set for Nov 3, 2022.