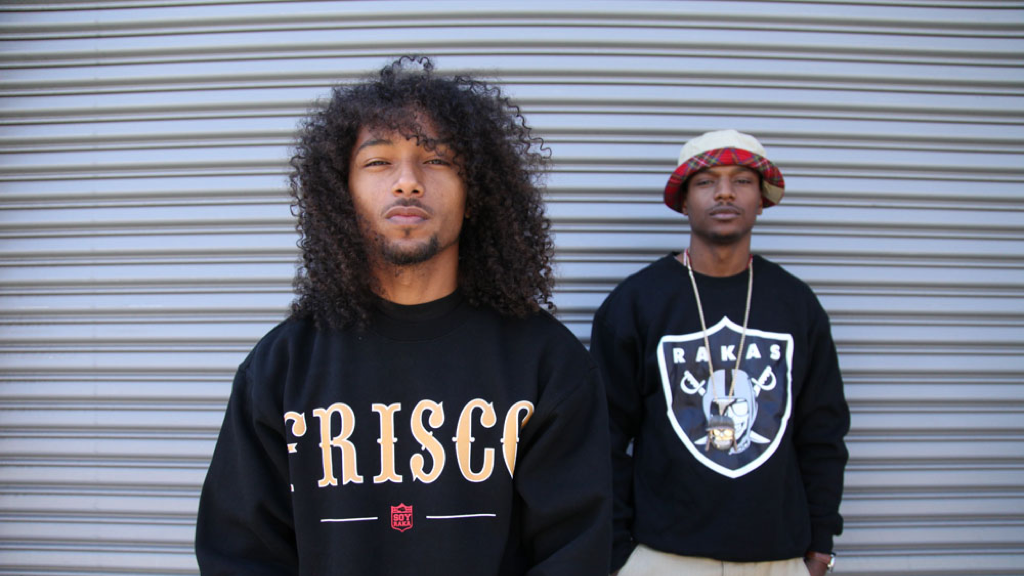 By way of Panama 🇵🇦 this rap duo — Los Rakas — is made up of cousins Raka Rich and Raka Dun.

The word raka reclaims the Panamenian slur rakataka, a derogatory word for someone from the ghetto. The group has established itself as a California favorite because of their lyrical activism and “hyphy” (West Coast hip hop) beats.

One aspect that sets their music apart is that it’s charged with social justice themes, which stem from their life experiences.

When they migrated to the U.S., people they encountered hadn’t met Black Central Americans. “Many people don’t know about the existence of Afro-Latinos,” Raka Rich said.

Their song “Sueño Americano” deconstructs the myth of the American dream, being promised a fantasy that does not exist. “I can’t go to college, because I don’t have a green card,” Raka Dun raps in Spanish.

In 2012 they released “Hablemos del Amor,” a song about globally-oppressed people, where they say “Rest in peace… Oscar Grant,” showing solidarity with the young Black man shot by police in Oakland in 2009.

We celebrate Los Rakas because they use music as a tool, educating on immigration, police brutality, and Afro-Latino pride ✊🏿