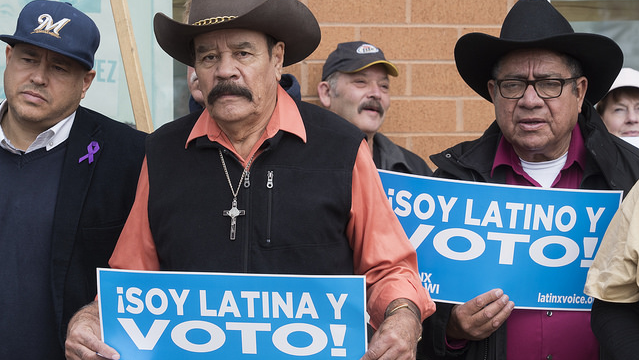 This year 32 million Latinos will be eligible to vote, so Latino super PACs are activating us to use our political power this election cycle.

Super political action committees (PAC) are groups that raise and spend money to elect and defeat candidates, and influence laws. They are typically funded by millionaires, billionaires and corporations who influence politics and sway policy to increase their wealth.

The influence of the super-rich and corporate money in politics is stronger than ever. When Latinos and other people of color don’t have inherited wealth and connections to these systems, we often get left out of politics.

Luckily, there are also super PACs that are focused on what Latinos really need, like better healthcare, education and immigration reform. One example is the recently-formed American Latinos United (ALU), that is focusing on defeating president Trump.

Many, including former Los Angeles Mayor Antonio Villaraigosa (one of the ALU leaders), believe that “Latino voters can make all the difference” in the 2020 elections.

Latino super PACs like the ALU increase our influence by activating the Latino base against policies and candidates that hurt us.