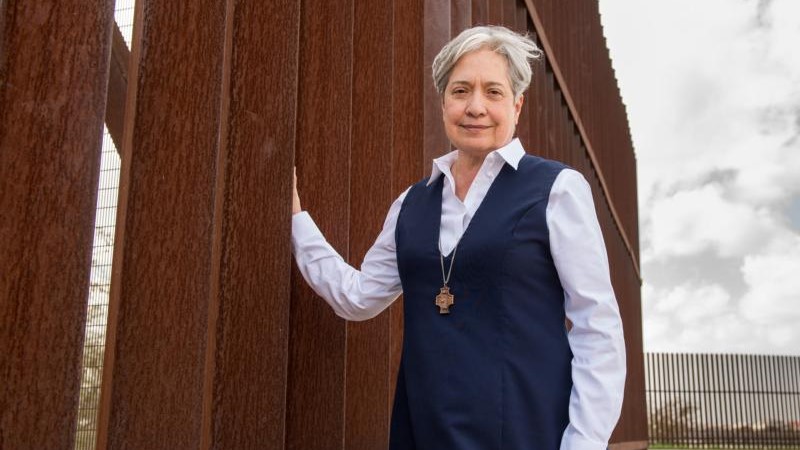 Sister Norma Pimentel sees hundreds of migrants daily at the Humanitarian Respite Center on the U.S.-Mexico border. She helps these migrants, freshly released from border patrol custody, navigate life in a new land.

She’s the daughter of Mexican immigrants and grew up traveling between Mexico and the U.S.

When she chose to dedicate her life to service, she just knew immigrant families needed her the most. As the executive director of Catholic Charities of the Rio Grande Valley, she’s providing food, shelter and medicine to thousands of migrants.

Her generous efforts garnered the attention of Pope Francis, who personally thanked Sister Norma for her selfless work.

Sister Norma even went back to get a Master’s in counseling so she could offer emotional support to migrant families, along with the new clothes, books and hygiene products.

She says it’s hard to witness cruelty against desperate asylum seekers, like the Supreme Court making it harder to get a green card. She describes discrimination as an “unwillingness to see immigrants as people”.

Despite these obstacles, Sister Norma doesn’t lose sight of her mission. She says she no longer feels boundaries between people, no matter their station in life.