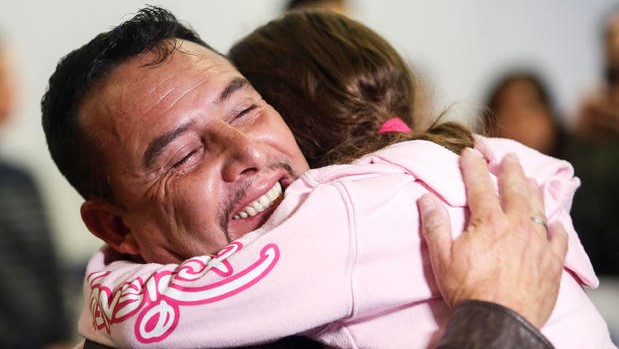 Watch these families reunite after struggling with years of separation

Nine-year-old Byron Xol was living in the U.S. without his father, who was deported in 2018. But on January 22nd, Byron, and the families of eight other migrants who were deported, eagerly waited to be reunited.

The emotion was undeniable as Byron’s dad fell to his knees and tearfully embraced his son.

Thanks to a federal judge’s ruling that the U.S. government had unlawfully prevented these nine migrants from seeking asylum by deporting them, these reunions happened.

These families first crossed the border at the height of Trump’s family separation policy.

Parents were told they would be reunited with their children if they agreed to be deported.

Instead, their kids were placed in U.S. government facilities, and sometimes in the home of strangers.

After years of separation, immeasurable emotional damage, and the fear they’d never see each other again, the joy and relief are unmistakable as these children and parents embrace at the airport.

It’s not over. These families still have to wait until their asylum cases are processed. But there’s no doubt that waiting together is priceless.