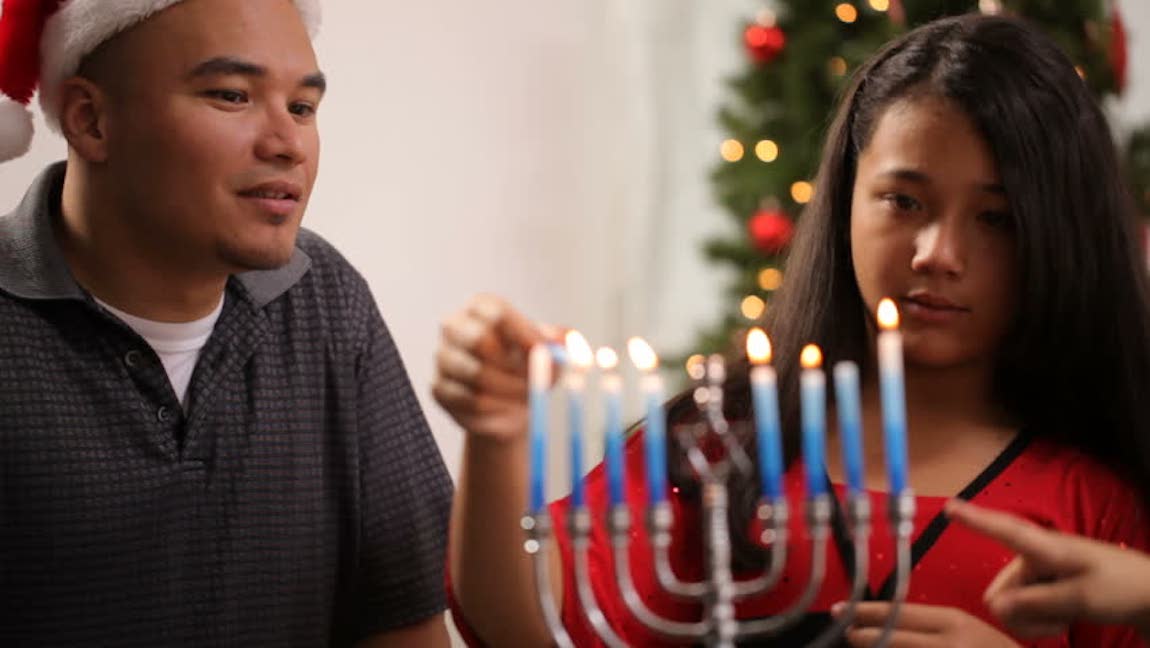 How to blend traditions on Hispanic Hanukkah

Latinos are commonly associated with Christianity, but not many know that there are over 200,000 Hispanic Jews living in the United States.

Many come from Chile, Venezuela, Argentina, Cuba and Mexico, where they settled when Sephardic (Spanish) Jews were exiled from their country in 1492, and when Ashkenazi (Eastern-European) Jews fled Europe in the early 1900s.

On Hanukkah, Jews celebrate the miracle of candlelight in a Jewish temple that was only supposed to last for one night but lasted eight, which explains the menorah 🕎

Many have Jewish roots. Congresswoman Alexandria Ocasio-Cortez has talked about her Jewish lineage, noting her family was forced to practice Catholicism to avoid persecution, but would keep a small menorah in their closets.

Even Disney has created a Latina-Jewish princess! She will debut on a Hanukkah-themed episode of ‘Elena of Avalor,’ an animated show about a Latina princess. Princess Rebecca, will be voiced by 🇨🇺 Jewban (that’s Jewish-Cuban) actress Jamie-Lynn Sigler.

If you see your Latino neighbors lighting a menorah on December 22nd, wish them ‘Feliz Janucá’ 🕎