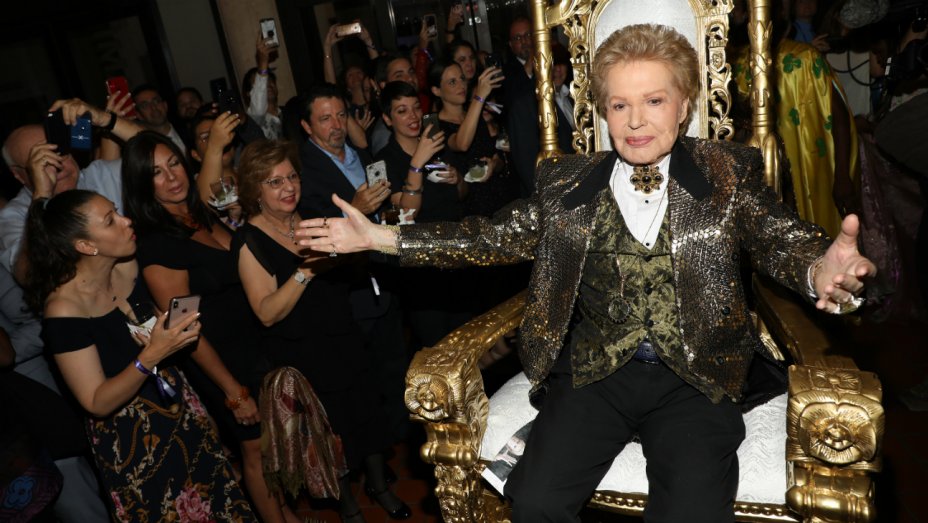 Astrology icon Walter Mercado, who spent decades on our televisions, in our newspapers and on our radios delivering daily horoscopes 🌟 has sadly died.

While we mourn the loss of this beloved Latino, let’s take a look at how he became such a huge part of our lives.

Walter began his career in show business as a ballet and flamenco dancer. To honor him, we should dance like nobody’s watching 💃🏻

He then made a career turn into acting, and starred in telenovelas before getting his own astrology show on Puerto Rican TV 📺 that was eventually syndicated throughout Latin America and the U.S.

Abuelas all over the Americas paid close attention to Walter’s predictions each night, and would shush loud grandchildren in el otro cuarto, who interrupted them. Tonight, honor Walter by watching old videos of him on YouTube and shushing a nearby child in order to hear what he has to say. If a child isn’t available, shushing an adult will do 🤫

Walter found admiration in a culture rampant with machismo and gender roles, not an easy feat to achieve! He had fun with his gender expression by dawning colorful sequin capes for most of his televised astrological readings. Lin-Manuel Miranda even borrowed one of them when he was in Puerto Rico 🇵🇷

So we should honor Walter by challenging gender norms 👠👔 Plan to wear whatever makes you feel vibrant, regardless of ‘gender appropriate’ labels, and in doing so, honor Walter’s example.

At the start of each New Year, we relied on Walter to tell us which rituals would start our year off right, based on our zodiac sign. We can check out last year’s rituals and perform them once more before 2019 ends. How will we embrace 2020 without Walter’s guidance?  😢