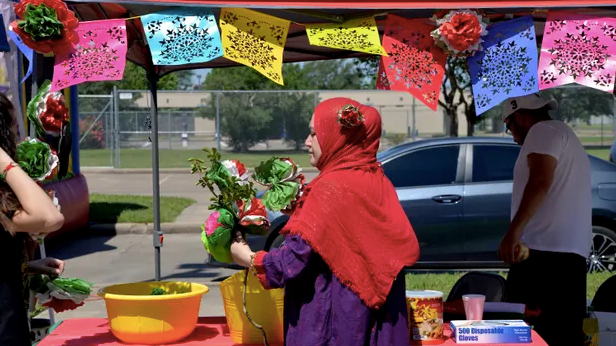 The interesting reasons more Hispanics are converting to Islam

Most of them are from Houston and Dallas, Texas.

Morales, a Hispanic convert, spoke on WFAA TV about Hispanic conversion to Islam, “there are ‘several thousand’ converts residing in the Dallas Fort Worth area, and the strong majority are Hispanic.”

Many Hispanics feel Catholicism is not working for them. They feel the Catholic church has done little to support immingration reform and to address racial tensions that Hispanics face.

According to Rice University proffessor Craig Considine, some Hispanics feel Islam is more tolerant of race and social justice, which is one of the reasons people are converting.


And David Lopez, of St. Cyril of Alexandria Church, feels the Muslim community is reaching out to disenfranchised Hispanics for them to convert

The discrimination between Muslim and Hispanics have brought the two together.