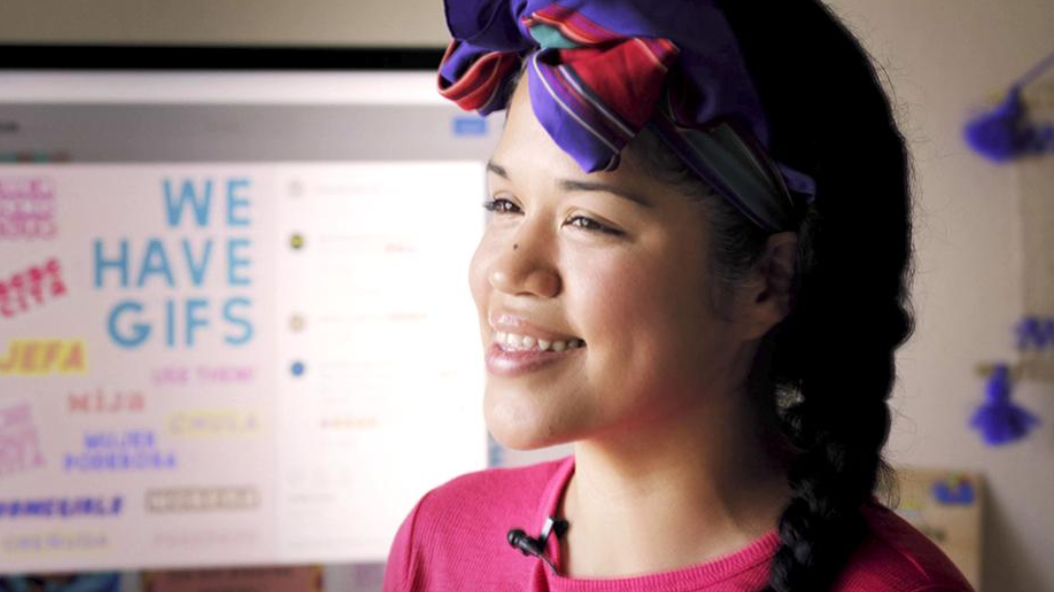 Innovative homegirl knows how to wield a GIF with flavor!

Kay Lopez is so proud of her heritage, that she wants it celebrated in virtual spaces. First she launched Latinas Poderosas, an Instagram community with more than 30,000 followers. Now, the 34-year-old social strategist is developing 100 new GIFs to reflect our cultura, with the nuance, respect and dignity we deserve 👏🏽

But her triumph didn’t come without tribulations. She had to overcome constant self doubt, and advice to stay in a safe career. When the daughter of immigrants lost her job in 2017, she used Instagram and Facebook to connect with like-minded mujeres, which led to her launching Latinas Poderosas.

In this space, she noticed that existing GIFs about Latinx perpetrated stereotypes instead of offering meaningful ways to express thoughts. She could find GIFs of Latinxs playing soccer and drinking alcohol 🙄but she could not find GIFs that expressed the innate power and sense of identity that Latinas want to express. So, the idea of GIFs that speak to Latinas was born.

Some of Kay’s favorites include “diosa” (goddess), “orgullosa” (proud), and “poderosa” (powerful). So far, Kay has created more than 70 GIFs, and they’ve already generated more than 15.5 million views! All the GIFs are colorful and bright, she says, because our gente is so vibrant 🌟