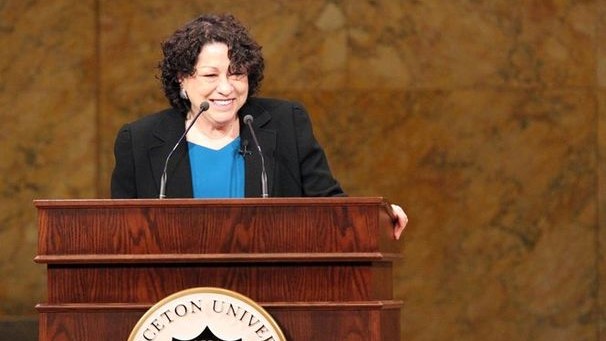 Sonia Sotomayor is at the top of her game!

Even though she’s reached the height of her field, Supreme Court Justice Sonia Sotomayor still deals with ‘imposter syndrome,’ that negative inner voice that makes you doubt your abilities. “I am always looking over my shoulder, wondering if I measure up,” she told NPR.

Despite that inner critic, she’s making a powerful difference in the highest federal court in the country. Sonia experienced various struggles, but they all shaped her into the iconic figure she is today.

Diagnosed with juvenile diabetes at age 8, Sonia’s  father was a factory worker who didn’t speak English and died when she was 9. Her mother was a nurse who worked six days a week to send Sonia and her brother to Catholic school.

Books were Sonia’s escape and inspiration. She became interested in law after reading the Nancy Drew mystery series. Now, she herself writes books to inspire young readers!

Sonia’s spirit of resiliency and service inspired a group of Princeton alumni to start a scholarship fund in her honor. The ‘Sonia Sotomayor 1976 Scholarship’ will be awarded to first-generation college students.

We’ve all felt that feeling at some point of not quite having what it takes to make it. Even Justice Sotomayor still struggles, but uses her challenges to fuel her thirst for learning, success, and connection.