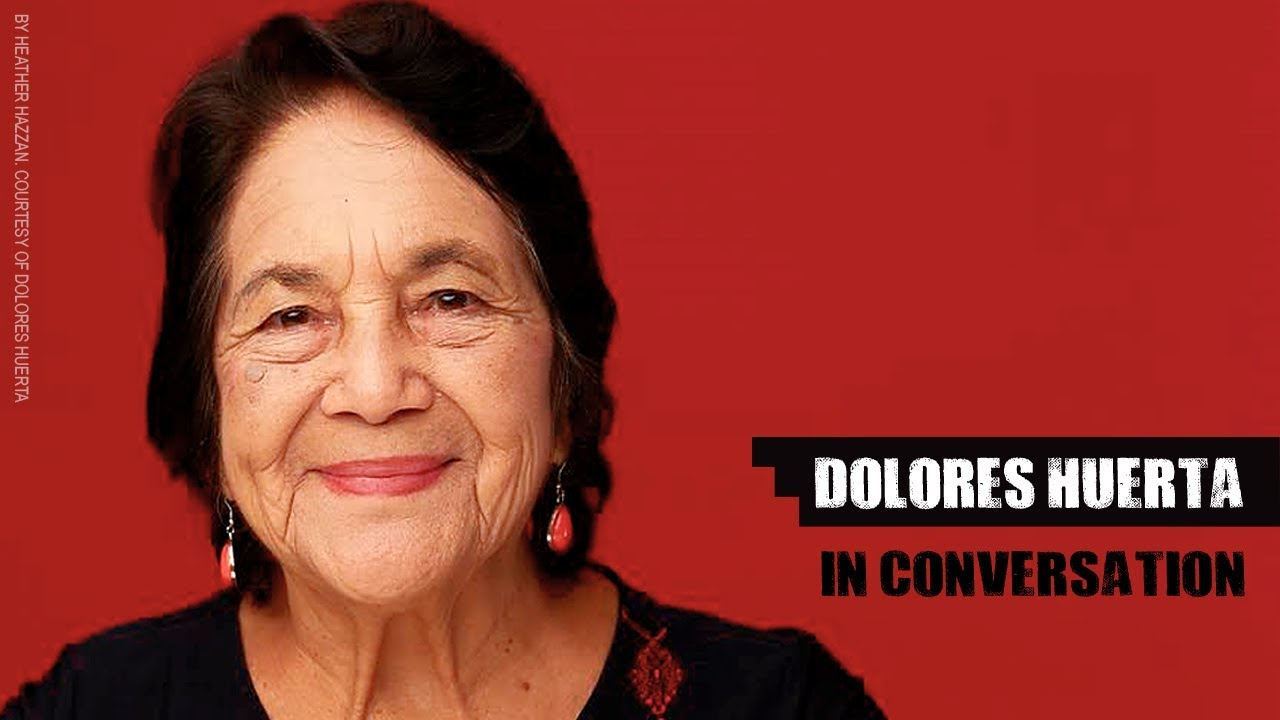 This social justice icon has been beaten and jailed dozens of times over her lifetime, and at 89 years old, Dolores Huerta is not slowing down. In August she was arrested while advocating for a living wage for home care workers.

Dolores is co-founder of the United Farm Workers union with Cesar Chavez, and she coined the iconic phrase “Sí Se Puede!” chanted at marches and protests in honor of social justice movements for decades.

This fearless leader started her career as a teacher in California’s San Joaquin Valley, and her activism was fueled by watching the malnourished children of farmworkers enter her classroom. She wanted to put an end to the unlivable wages, long hours, rampant assaults and no bathroom breaks that Spanish-speaking farm workers endured.

Dolores’ achievements include leading a national lettuce boycott that resulted in the creation of the 1975 Agricultural Labor Relations Act. Her impact on our history is so deep, that more schools are adding her legacy to their history curriculum. When Fairmount Elementary was renamed in her honor in San Francisco Unified School District in a May ceremony, children cheered!

In August, just a few months later, she was arrested advocating for better working conditions of home workers in Fresno.

Dolores once asked Americans to “honor the hands that harvest your crops.” She continues to inspire and motivate younger generations to fight for social justice. Today we honor her lifetime dedication and we are honored to recognize this living legend.