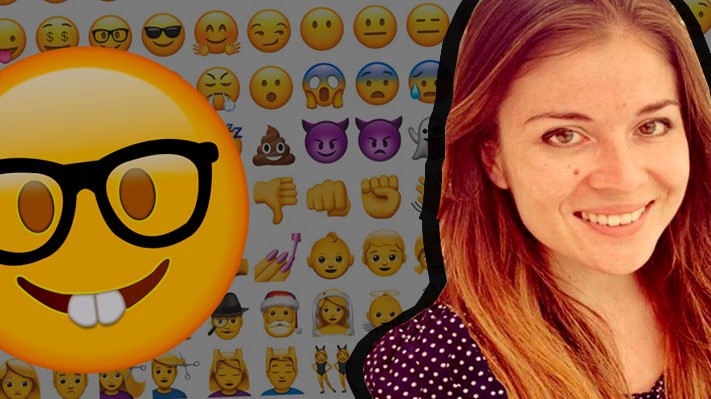 This Latina is the creator of some of today’s most iconic emojis!

Colombian immigrant Angela Guzman’s eyes lit up at a job fair as she approached tech giant Apple’s booth to learn about internship opportunities at the company. She hit the ground running as an intern in 2008, and was soon hired to help draft nearly 500 of these 🎉🎄💍🎃🌟🍆🍊🍎 emojis we use today to express our thoughts and emotions.

Her task at Apple was to take the original Japanese emojis and transform them into something new. At the time, Angela didn’t even know what emojis were 😂

Born in Colombia and raised in Miami, Angela found it challenging to communicate as she learned English. In grade school, she’d rely on using pictures to interact with her classmates and teachers. This early skill and sense of ingenuity helped her land that job at Apple.

Co-designing the first set of emojis allowed her to use her real-life inspiration to create some of today’s most popular ones. A dress her sister was working on for an event inspired Angela to create the turquoise dress 👗 emoji. She single-handedly created at least 180 of these playful icons.

Angela’s discomfort as an English-learner came full-circle, since she gave us a universal tool for communication other than the written word. Now, thanks to Angela, our texts are more colorful 🎉 and 💯fun!