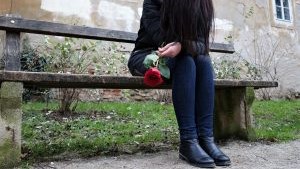 Journey to justice: The gruesome reality of reporting abuse for Latinas

An undocumented Mexican woman living in El Paso sought refuge in a shelter after suffering abuse at the hands of her domestic partner. Instead of finding a new lease on life, the unnamed woman was taken in handcuffs by Immigration and Customs Enforcement agents.

Her friends believe her alleged abuser tipped off the agents.

It was traumatic enough for the woman to endure abuse and find the strength to seek help. The last thing she expected was for law enforcement to turn against her.

Fear of repercussion isn’t just a reality for immigrant Latinas. It also affects low-income Latinas who don’t have money for proper care or treatment or don’t know where to seek help.

An estimated 1 in 5 Latinas are sexually assaulted in the U.S. during their lifetime. Even more endure other types of abuse at the hands of men they’re supposed to trust.

If violence is a known problem, why does it continue to happen at such a high rate? It’s a mixture of a flawed justice system, not enough quality women’s health care options and a broken immigration system.

The good news is our gente can do its part by ridding itself of the male-dominant mindset that plagues our culture. We should continue to teach our children to treat others with respect and dignity so we can end violence. And we should continue to push for inclusive immigration reforms.