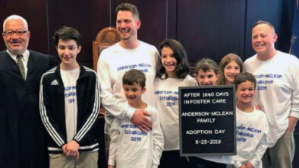 After almost 5 years in foster care, 6 Latinx kids are adopted, together! 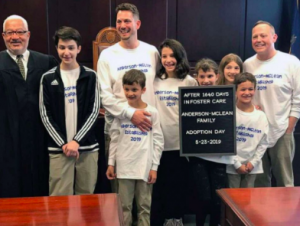 Loving couple Steve and Rob Anderson-McLean of Pittsburg happily raised two sons from a previous marriage. But when the boys reached adulthood, the dads felt like something was missing. 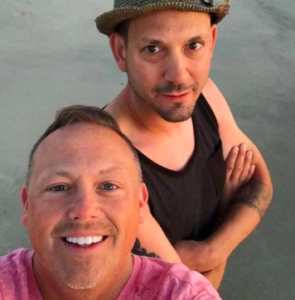 They realized they felt a draw to expand their family and began exploring adoption. But they didn’t want to add just one child to their clan. 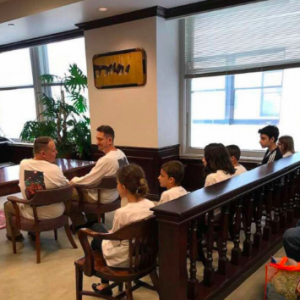 Inspired after seeing a story on TV of another couple who adopted siblings because they didn’t want them torn apart, Steve and Rob decided to do the same thing.

They “instantly fell in love” with six Latinx siblings 🤗 ages 7 to 14 from Ohio: Carlos, Guadalupe, Maria, Selena, Nasa and Max. The kids had been in foster care for 1,640 days, nearly five years, after suffering abuse and neglect. And the siblings have been with the two dads ever since. 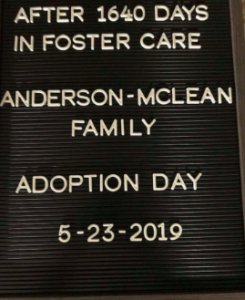 This inspiring story reminds us that there is still a great need for adoptive parents, particularly of male children, and children of color. The Data Center reports that nearly 26,000 Latinx kids in the U.S. await adoption. Meanwhile, the Adoption Network Law Center reports there are more males in need of adoption than female, half are over 6 years old, and Black children are less likely to be adopted. Even sadder, is the fact that 73% of adoptive parents are non-Latinx white, which means more of our gente needs to rise to the challenge and save our pequeños from further neglect and harm.