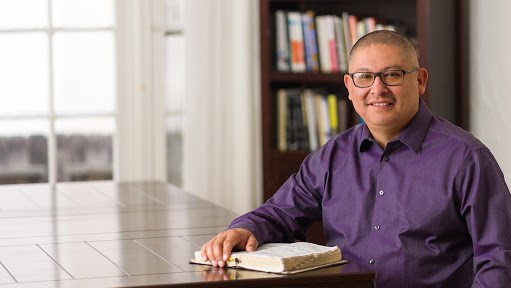 If you had told Darwin “Casey” Diaz when he was young that he would one day be a youth pastor he would have laughed you out of the room. Or worse. You see, he was once one of California’s most violent criminals.

Brought to the U.S. as a toddler by his Salvadoran parents, he was a gang member at 11 years old 😮and sentenced to almost 13 years in prison by the time he was 16 for second-degree murder 😨and 57 counts of robbery 😲

He was so violent and unpredictable that he spent three years in solitary confinement at the notorious New Folsom State Prison. Ironically, that’s where he turned his life around. He became a born-again Christian while he was behind bars, and he has never looked back.

When Diaz left prison he was nearly 24-years-old and eager to share how faith changed his life. Now, teens see him as someone they can identify with and trust. His approach has worked wonders 🤗 and at least one of his former mentees is now a youth pastor.

Diaz turned his story into the book “The Shot Caller” that he co-wrote with Mike Yorkey. The title is a reference to gang leaders who decide who lives and dies from behind prison bars.

Diaz isn’t proud of his past, but he hopes that by sharing the reality of gang culture he can help potential gang members stay far away.