Love It or Hate It, Latinx is Here to Stay

“Latinx” was introduced as a gender-neutral term in response to the Spanish language’s male-dominant tone. Progressive Latinos embrace the term but Hispanic scholars worry it will ultimately be rejected by nuestra gente. 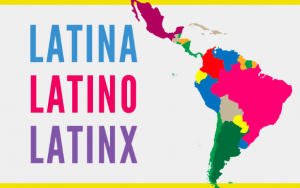 Despite concerns, colleges such as the University of California, San Diego have formally adopted “Latinx” to define Chicanos and Latinos. UC Davis created the Center for Chicanx and Latinx Academic Student Success to show support.

Support for “Latinx” also comes from a need to better represent non-Mexican Latinos who are growing in greater numbers both inside and outside colleges. Meanwhile, growth of Mexicanos is declining.

Naysayers point out that even younger Latinos have publicly criticized “Latinx” as a “ridiculous,” “stupid” and “offensive” term. They say it’s just another term to further divide us.

Admittedly both sides of the argument are strong. Where do you stand on the “Latinx” debate?