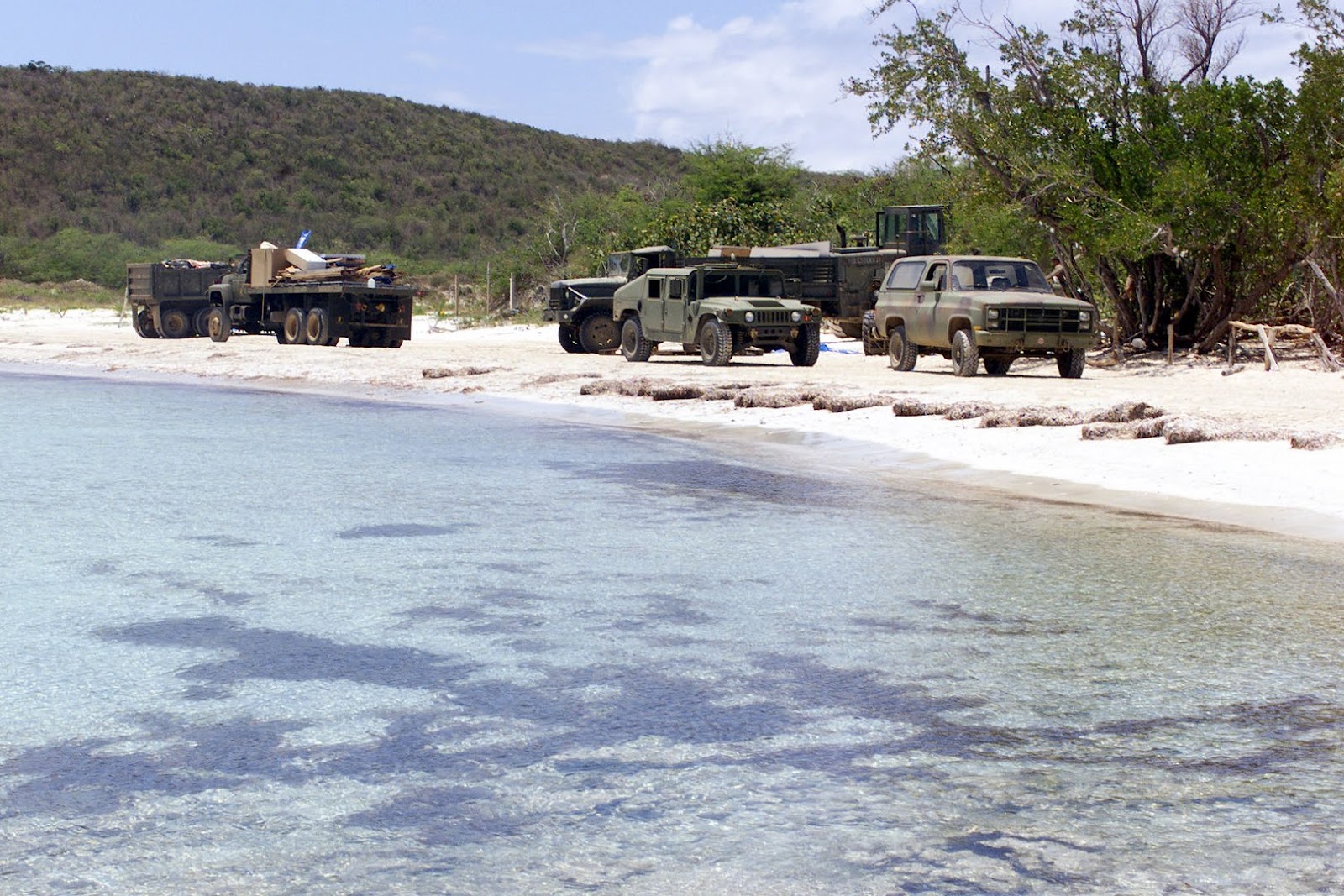 Did you know that the US Navy bombed the Puerto Rican island of Vieques in 1999? The small island is known today as a tropical tourist destination, but it was once the site of a deadly bombing.

Vieques is a 63-square-mile island 5 miles from Puerto Rico. Beginning in the 1940s, the US Navy acquired land for use as a military base. The eastern end of the island was used as a “Live Impact Area” for training with live ordinances.

On Apri 19, 1999, a Navy plane dropped a bomb killing David Sanes, a Puerto Rican security guard. The tragic accident renewed calls from local activists for the closure of the base.

Civilian protests eventually led to the shutdown of Navy operations at Vieques in 2003, but its military history lives on. Earlier this year the Government Accountability Office said that the cleanup of toxic materials at the site will continue until 2031.