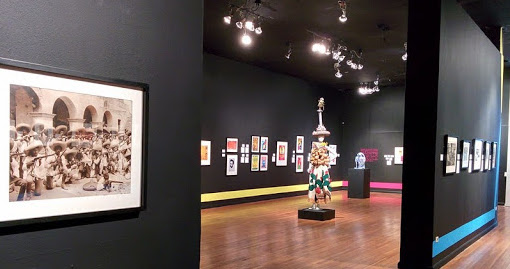 The long path to establishing a Smithsonian National Museum for the American Latino, which has been in the works since 2004, finally made it to the desk of the president after clearing the major hurdle of passage in the U.S. Senate.

A bill to establish this museum as well as a National Women’s History Museum was approved by the Senate on December 21 and was rolled into a COVID-19 stimulus relief package that president Donald Trump signed on Sunday.

Estuardo Rodriguez, president and CEO of the Friends of the National Museum for the American Latino told Pulso on Sunday in an email, “We are energized by passage of the bill and committed to moving quickly to the fundraising effort and advocacy to secure the best location on our National Mall.”

The Senate votes completed a long journey for the American Latino museum that has included fundraising, hearings, and one last-minute speedbump before the measure was passed. Earlier this month, Republican Utah Senator Mike Lee blocked the bill, claiming a museum focused on American Latinos would create more divisions in American society.

The move put Lee in the debate path of New Jersey Democratic Senator Bob Menendez, one of the bill’s sponsors, who said of Lee, “Sixty million Latinos in this country are watching tonight because this is a much-expected moment. Univision, Telemundo, affiliates across the country, national organizations and others have been waiting for this moment — a moment that everybody in the Congress of the United States agrees to, except for one colleague.”

Lee’s blocking of the bill only delayed the measure a few weeks. It’s the first time Congress has approved funding for new Smithsonian museums since 2003, when the African American History and Culture museum was established.

The Senate’s vote and approval of the bill by the president will create a Board of Trustees for the museum to guide its creation, funding the project with a 50% federal match of privately raised funds for the design and building of the museum in Washington, D.C. It is expected to cost $375 million over its first nine years.

One addition that came from recent Senate hearings was a provision that the museum not portray or endorse a single political ideology in its reflection of Latino diversity.

“It feels like an incredible victory for millions of Latinos living in the United States who have helped to build the culture, the science, the history, the heritage and are building the future of the country,” said Henry Muñoz, who helped start the effort to create the museum. “And there’s so many people whose names you may not ever hear or read who have been an important part of the American story. And now, they’ll be able to see themselves in our nation’s museum.”