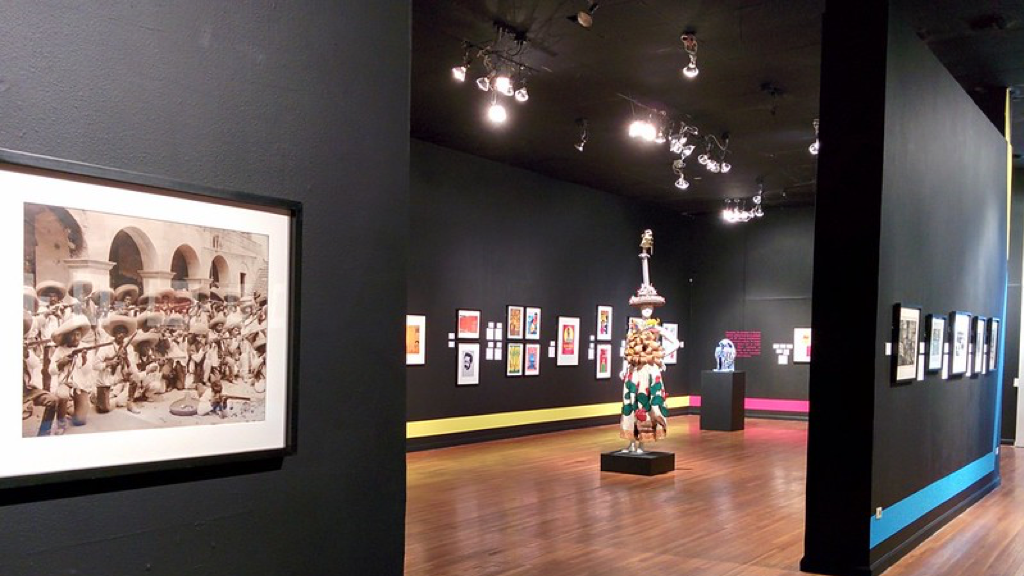 The exhibit “Illustrating Anarchy and Revolution” at the Mexic-Arte Museum in Austin, Texas. Mexic-Arte is one of more than a dozen Latino museums in major cities across the country that could work with and benefit from a Smithsonian National Museum of the American Latino. Photo credit: Mike Prosser/Flickr

Latinos had reason to cheer last week after years of waiting: The U.S. House of Representatives passed a bill to establish a Smithsonian National Museum of the American Latino in Washington, D.C. The museum is expected to focus on the long history of Latinos on American soil, their cultural contributions, and the wide range of identities and geographic origins that are part of this mix. The initiative has been in the works since 2004 and the vote is a significant step. But experts and the main organization pushing for the museum say there’s still a long way to go before the museum is a reality, starting with a vote on a similar bill in the U.S. Senate that hasn’t been scheduled.

If the Senate bill passes and the law is not vetoed by the president, there’s still lots of work to do. There’s the task of finding a location, which proponents hope will be on the Washington National Mall alongside museums like the National Museum of African American History and Culture.

Supporters will also need to raise about $700 million to build the museum. Experts believe about half of that funding will come from the government, the other half will require private fundraising. “Our stories are our strength. But the reality is that Latino stories have been left out of so many history books,” said Sen. Catherine Cortez Masto, D-Nev, the first Latina elected to the Senate who is supporting the Senate bill as reported in the Las Vegas Review Journal.

Those who have been following the long road to build the museum say it is long overdue. “I know it’s gonna take a long time. But we are a part of America from the very beginning. Our people need to be represented,” said Sylvia Orozco, executive director of Mexic-Arte Museum in Austin, Texas.

Orozco said that one important thing to understand about the proposed museum is that even though it will be based in Washington, D.C., its establishment could benefit patrons and smaller museums throughout the country.

“Not everybody can go to Washington to see these collections,” she said. “Some kind of network should be established to share resources and knowledge, and to develop internship programs. These collections should travel.”

Orozco said museums including Mexic-Arte would be able to show traveling exhibits and to share knowledge and local histories with the Washington D.C. museum. By creating this Latino museum “you not only create one museum up on a hill, you create a network of programs shared throughout the United States and virtual programs,” she said.

“This will give people a feeling of ownership,” Orozco said.