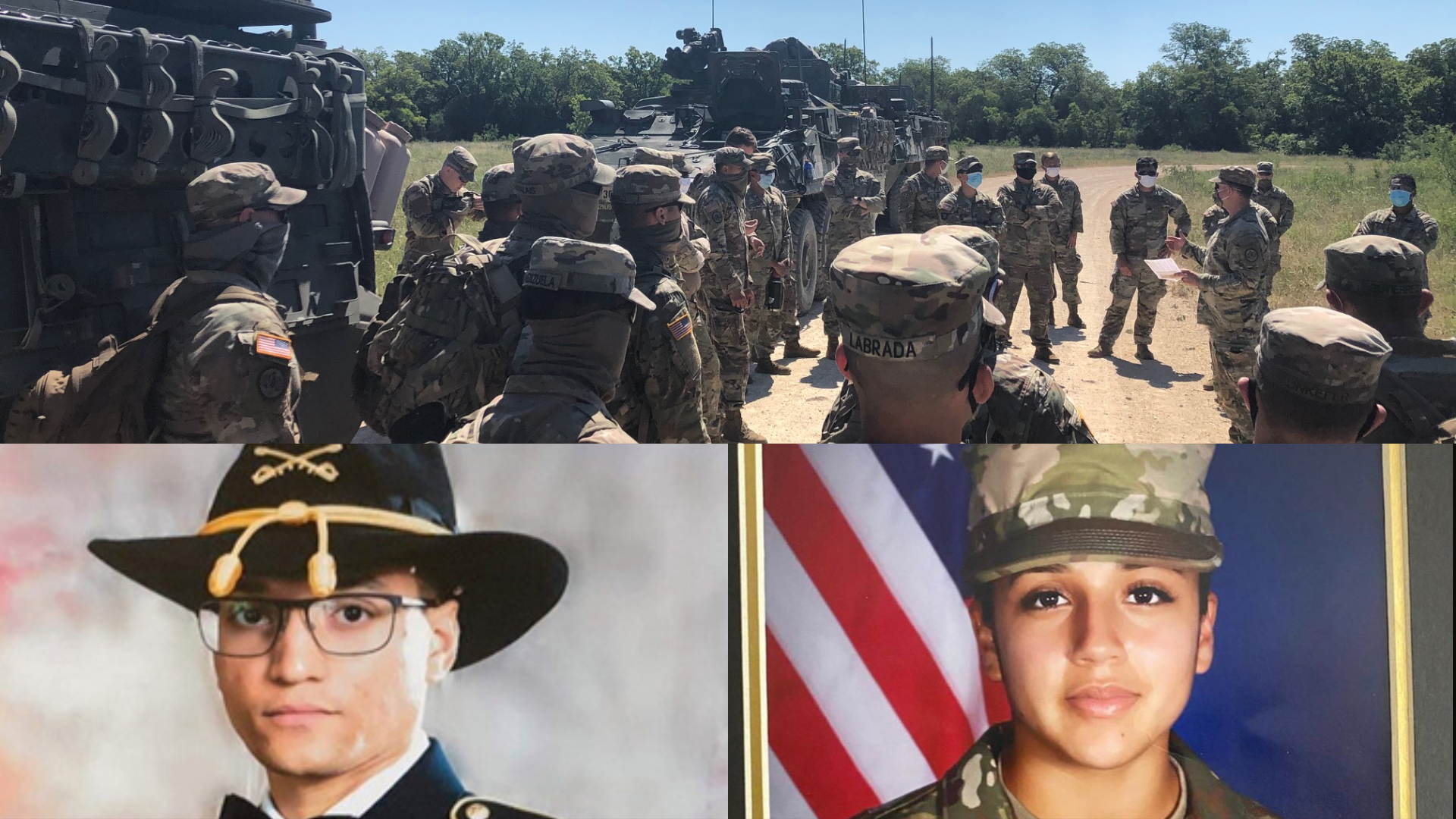 After 28 deaths this year, sexual harassment claims, and disappearances, Fort Hood—a major U.S. Military station in Texas—is now under investigation by Congress, a letter released on September 8 confirms. Among the victims of these incidents are soldiers Vanessa Guillén and Elder Fernandes. Their deaths have prompted a public outcry, especially from Latino organizers who’ve been critical of the military for how they’ve handled these losses.

Now the U.S. Congress will be probing Fort Hood soldier’s deaths, according to a letter sent to the Secretary of the Army, Ryan D. McCarthy. Congress will look into “an alarming pattern of recent tragedies at Fort Hood, Texas.”

The number of fatalities in the station has been high and it has impacted Latino soldiers. AP News reports that there have been at least 28 deaths at Fort Hood in 2020, and according to the letter, “between 2014 and 2019, there were an average of 129 felonies committed annually.” Incidents include cases of homicide, sexual assault, disappearance, kidnapping, robbery and assault.

The Austin American-Statesman reported that McCarthy recently formed a civilian panel to review Fort Hood. There’s also been a bipartisan call to start hearings in the Senate about Fort Hood’s culture.

The focus of the Congressional investigation centers around the disappearances and deaths of Specialist Vanessa Guillén, Sergeant Elder Fernandes, Private Mejhor Morta and Private Gregory Wedel-Morales. This is because foul play is suspected in Guillén’s and Wedel-Morales’ cases; and in Morta’s and Fernandes’, there’s an ongoing investigation on the circumstances.

“It is significant and disturbing that both Specialist Guillén and Sergeant Fernandes allegedly were sexually abused or harassed prior to their deaths,” the letter reads.

Congress also highlights the deaths of servicemembers Brandon Scott Rosecrans, Freddy Delacruz Jr., and Shelbby Tyler Jones; whose cases are “all being investigated as homicides.”

The letter asks McCarthy to provide documents on communications between Fort Hood leadership and local authorities that may be related to any of these incidents. It also asks for documents to help understand policies and standards about missing personnel without leave, search and rescue of soldiers, among other documents.

Guillén’s family went to Capitol Hill on September 16 to campaign for the I Am Vanessa Guillen Act, which aims to reform how military investigations of sexual misconduct cases and reports of missing soldiers are conducted. It would require, in some cases, new guidelines and setting up third-party groups to inspect and prosecute.

Advocates have said that the outcome in Guillén’s case also indicates a problem with military recruiting practices and how they target young people in vulnerable communities.

Another case emerged in mid-August when the 23-year-old soldier Elder Fernandes, after reporting that he’d been sexually assaulted, was found hanging from a tree 30 miles away from Fort Hood.