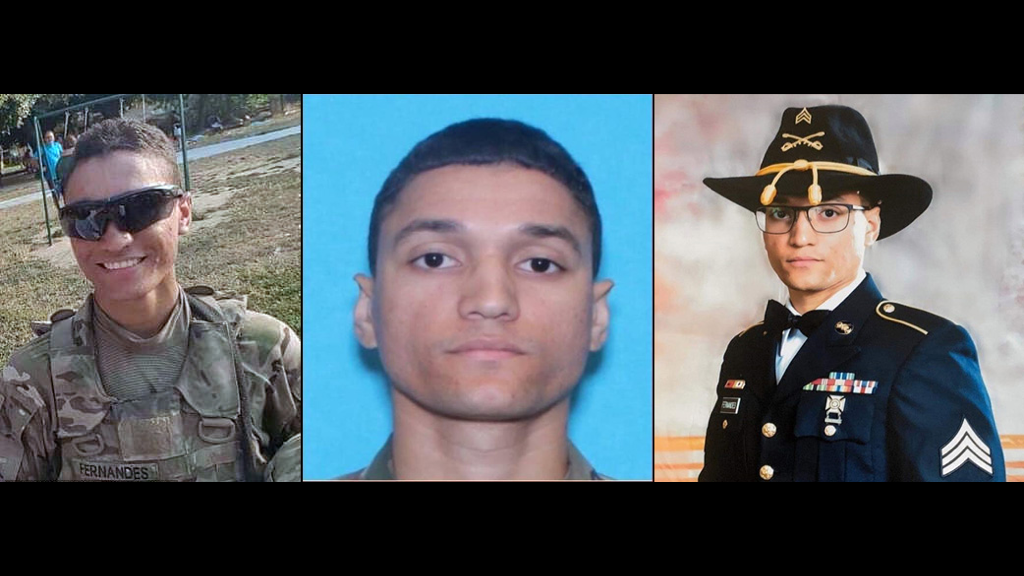 A search for U.S. Army Sgt. Elder Fernandes, a soldier who’d been stationed at Fort Hood in Texas, ended in tragedy when his body was discovered on Tuesday. Photo: Fort Hood/Twitter

The body of U.S. Army Sgt. Elder Fernandes, a 23-year-old Army soldier who had been missing since Aug. 17th, was found hanging from a tree near Temple, Texas, a lawyer for his family said. The soldier’s body was believed to have been discovered Tuesday about 30 miles from Fort Hood, the Army base where Fernandes was stationed and reaffirms concerns about the disappearance and death of Latina soldier Vanessa Guillén. She died while stationed at the same base .

Authorities had previously said they did not believe foul play had a role in the soldier’s disappearance. But Fernandes had been through mental-health treatment after reporting he’d been sexually assaulted on base in April. Fernandes was to be released to his roommate on Aug. 17, after his treatment; instead, he was left alone in front of the building where he lived before his disappearance.

Fort Hood officials previously said the soldier was believed to have left the area of his own accord; a backpack with his ID was found near the body. Police said Wednesday that identification found on the body indicate that it is Fernandes, but are awaiting forensic confirmation.

Before the body was discovered, the anguished Fernandes family said they were not satisfied with the Army’s investigation of the disappearance. “Somebody cannot just vanish from the face of the Earth like this. Somebody knows something,” Isabel Fernandes, one of the soldier’s aunts, told The Washington Post. “We can’t sleep, we can’t eat. This is beyond cruelty.”

The death raises renewed questions about a string of 15 deaths that have occurred to people connected to Fort Hood that have happened in 2020. Among them was the high-profile case of Vanessa Guillén, a Latina soldier who went missing from Fort Hood in April. Guillen’s disappearance mobilized a community that responded with vigils, murals, and pleas on social media to help in the search. Her body was eventually discovered; two men were arrested in connection with her death. One of the men committed suicide when confronted by police. The death of Guillén led some Latino advocates to question recruitment practices of the military.

Fort Hood has about 36,500 servicemembers and over the last five years had 165 soldier deaths before Fernandes, according to Stars and Stripes, a publication devoted to coverage of the military.