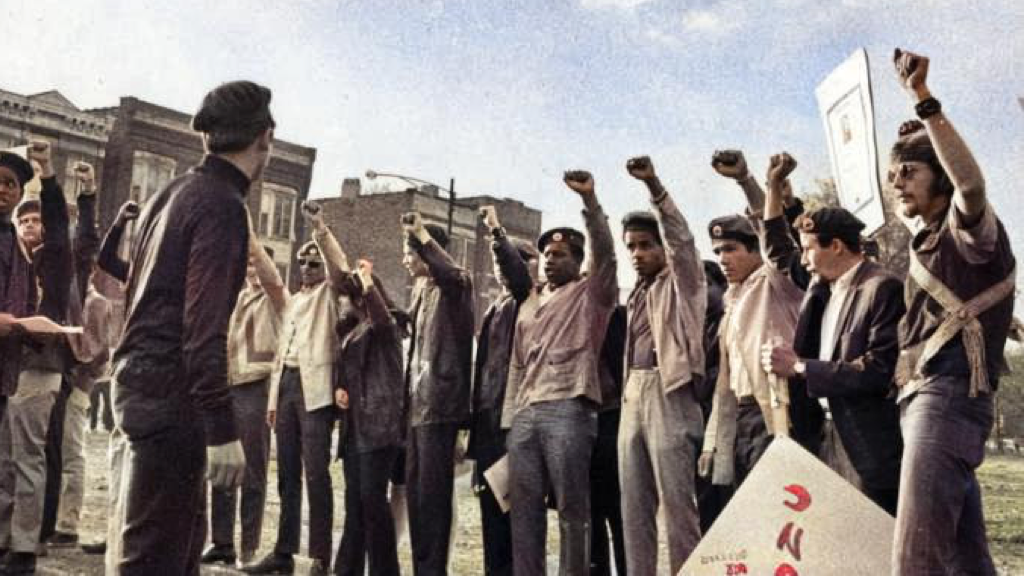 Our story starts with José “Cha-Cha” Jiménez, a Puerto Rican member of the Lincoln Park,  Chicago gang in the 1960s.

He was in jail when a prison librarian introduced him to the teachings of Martin Luther King Jr. and Malcolm X.

Once out, José committed himself to social justice and started organizing his community members. He wanted to build a movement, so he established The Young Lords Organization.

José considered cutting ties with the gang members, but decided it was better to stay with them, “and try to work and teach some of them…that’s how we became political.”

They eventually caught the eye of Puerto Rican activists from New York, who adopted the name and established “The Young Lords Party” (no longer “Organization”).

As it grew in power, The Young Lords adopted a framework that went beyond local politics. They connected their struggles in the U.S. with Puerto Ricans on the island, as well as obstacles faced by all Latinos and Third World people.

José is continuing the struggle to uplift oppressed people, 50 years after The Young Lords was founded “it’s not just about Puerto Ricans… It’s called unite the many to defeat the few.”