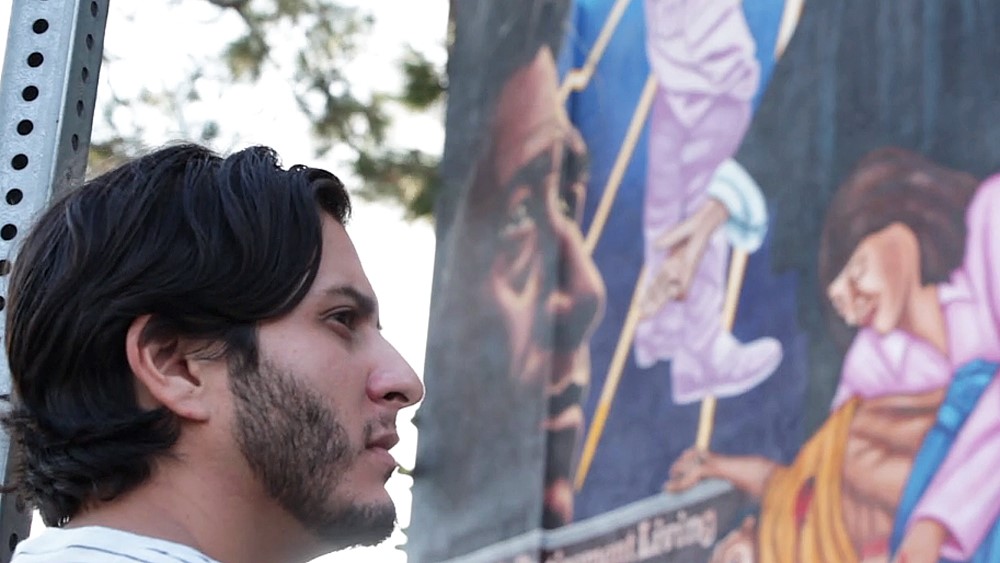 How to step out of the shadow of César Chávez

Eduardo Chávez grew up in a privileged household. His grandfather was the civil rights icon César E. Chávez who co-founded the National Farmworkers Association and led one of the largest civil rights movements in U.S. history.

But Eduardo always felt removed from how his family changed the lives of generations of farmworkers.

So, at 24-years-old…Eduardo decided to connect to his grandfather’s legacy.

He put himself in his grandfather’s shoes by spending a month picking grapes at a vineyard with undocumented workers.

He wanted to experience the conditions his father and grandfather once endured, just to put food on the table.

He discovered that farmworkers are still working in exploitative conditions and, essentially earning “slave wages,” he said.

That month left him baffled at how families who are being taken advantage of can sustain themselves on such little earnings.

Now he’s touring to show younger generations how poorly the farmworkers who harvest our food are being treated.