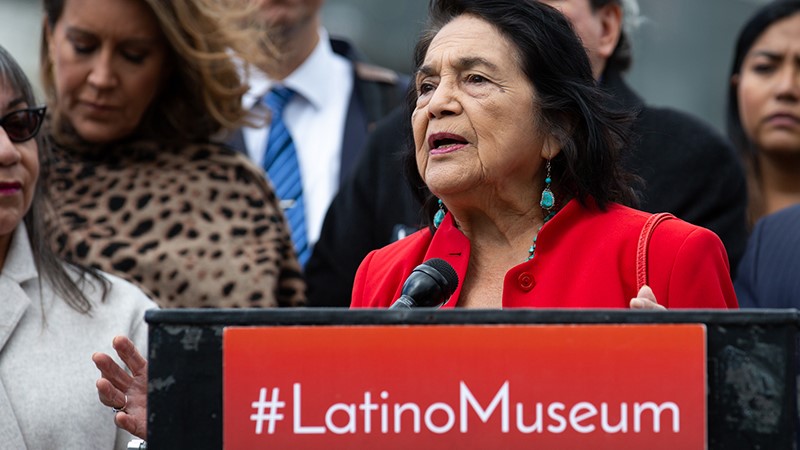 Latino contributions deserve to be in a national museum!

It’s 2020, and we still don’t have a Smithsonian museum dedicated to Latino history. The Smithsonian Institution has been archiving our nation’s history since 1846, and now has 19 museums in Washington D.C.

They include culturally significant spaces for African Americans and American Indians.

But the Smithsonian only has a Latino virtual museum. In 1994, a Smithsonian task force concluded that they needed to grow their Latino representation, but there’s still no physical space for us to visit.

Activist Dolores Huerta has been fighting for Latino rights since the 1950s and deserves a space where her efforts are preserved. “We need to have this Latino museum as soon as possible,” she says.

Any Smithsonian museum has to be approved by Congress, and right now there’s bipartisan support. But even if it’s approved, there’s still another hurdle to jump.

Funds for building a Latino museum could be diverted to construction on current museums, which could mean years or decades before we get our own space.

We’re proud of museums and galleries dedicated to Latino history and culture in cities like Chicago, San Francisco and Dallas, but we still need this national recognition.