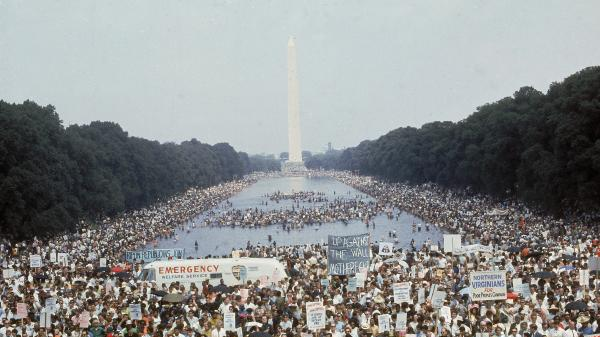 This is how Chicano organizers influenced the Poor People’s Campaign

In San Francisco, one of the country’s most expensive cities, Reina Tello and her family were evicted after living in their home for 18 years. This is not a new phenomenon.

Poverty divided people when Martin Luther King Jr. was leading the Civil Rights Movement in the 1960s, and it’s still an issue today. In 1968, Dr. King created the Poor People’s Campaign (PPC), and invited some of The Chicano Movement’s leaders, like Rodolfo “Corky” Gonzales (next to César Chávez), Bert Corona, and Reies Tijerina to help lead it.

The organizers believed that all people, like Reina and her family, should have jobs, fair incomes and homes. They united poor Latino, Black, Native American, and white people in their mission.

Currently, hikes in rent, erosion of federal minimum wage and displacement of neighborhoods disproportionately affects Latino and Black communities across the country. And poverty has increased: the PPC estimates that there are 60% more poor or low-income people than in 1968, including 64% of the Latino population.

This summer the PPC will pick up where they left off in 1968 with a national strategy and unprecedented march on Washington D.C. to fight poverty and combat the unfair inequality gap.