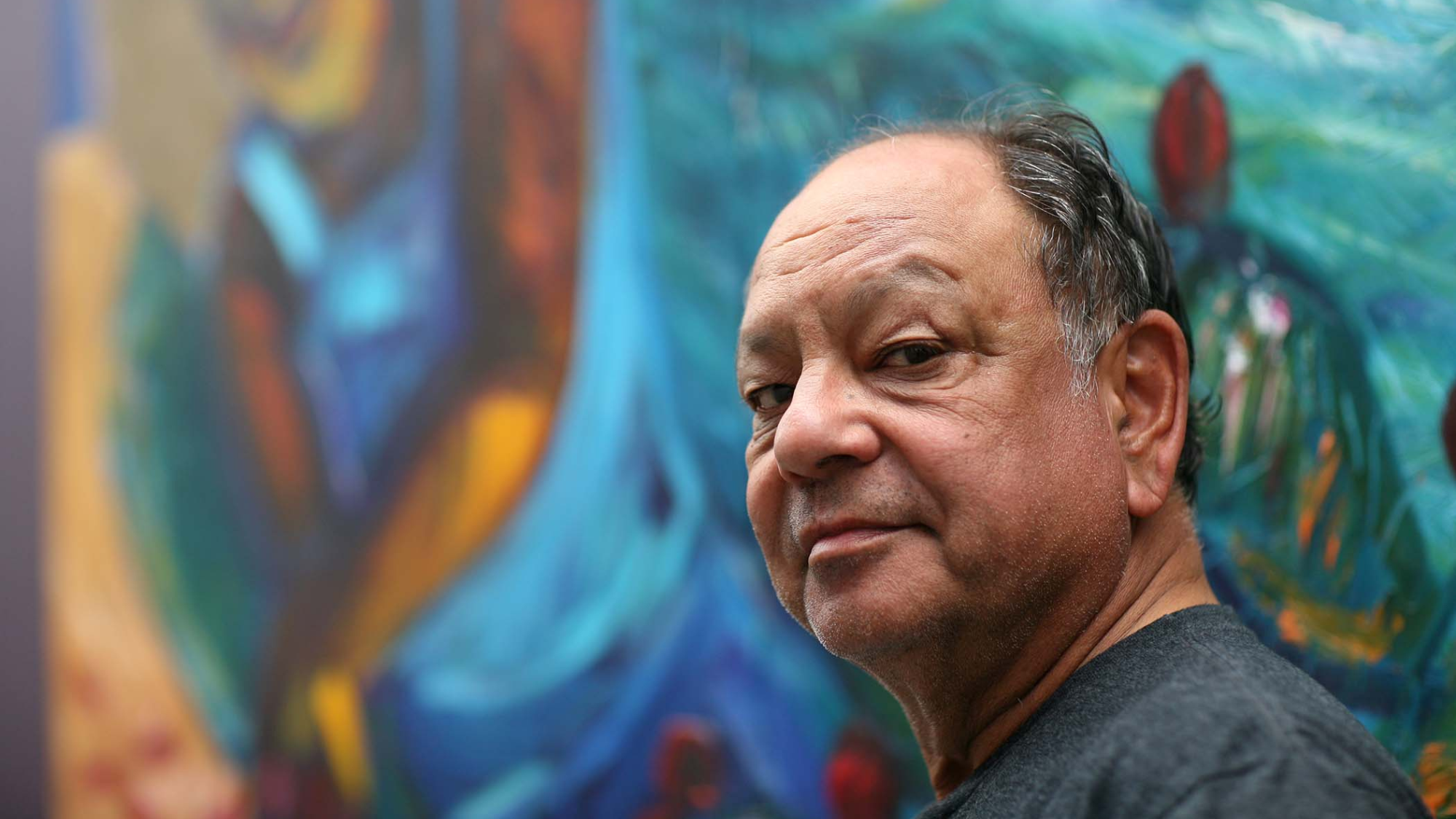 This is the Chicano stoner tackling representation in the art world

If you’re a fan of stoner comedy, you’ll remember the Chicano pot-head Cheech getting high with Chong in the film Up In Smoke. The comedy duo has a career spanning decades and over a dozen films.

Aside from performing and writing, Richard “Cheech” Anthony Marín has also been collecting art since 1985. He focused on Chicano (a term embraced by some Mexican Americans) artists who were not getting deserved recognition.

“They struggled and struggled for traction — as most artists do — but had no champion like other commercially successful artists,” he said.

The result? Cheech has acquired over 700 pieces from emerging and established artists alike, including art pioneers Carlos Almaraz, Diane Gamboa and Frank Romero.

Cheech’s collection has traveled the world to various institutions, and soon they’ll have a permanent home. Cheech teamed up with the Riverside Art Museum in California to establish the “Cheech Marin Museum of Chicano Art, Culture and Industry.”

Marin believes that Chicano art is “an essential component of American art.” The museum, with a collection ranging from pre-Colombian to modern art, is slated to open in Fall 2021, changing the way Chicano artists and their contributions are valued.