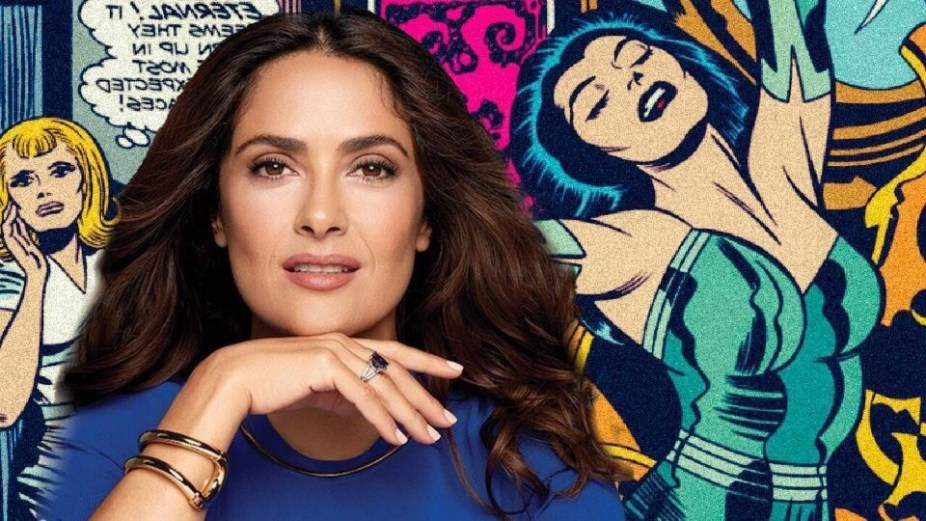 Marvel Entertainment, a mega-billion dollar company that brought iconic superheroes like the Avengers to the big screen, has summoned Salma Hayek to portray its latest ‘Sheroe.’

This casting decision is an epic step in the right direction for more Latinxs to portray larger-than-life heroes. Salma will play Ajak, leader of the Eternals, the new generation of Marvel superheroes.

Our Salma couldn’t contain her enjoyment as she shared on Instagram that she is “muy emocionada” about the role. She explained that the comic book character was originally male, but Marvel’s decision to create a matriarch instead shows a shift in a traditionally male-dominated mindset. “But girls … this is OUR time!!!,” she wrote.

“The Eternals” are a group of immortals who have been on earth for 35,000 years and sent to protect humanity. Their leader Ajak is worshipped by the Inca as the god Tecumotzin, who wore a suit inspired by indigenous mesoamerican culture, and is able to fly, teleport and seems immune to physical injury.

We applaud Marvel for embracing actors of color as of late, including movies centering around Black and Latinx heroes like “Black Panther” and the Miles Morales version of “Spiderman.”

We can’t wait to see Salma’s ‘Ajek’ on the big screen in 2020, and to watch how she inspires the next generation of Latinx heroes!