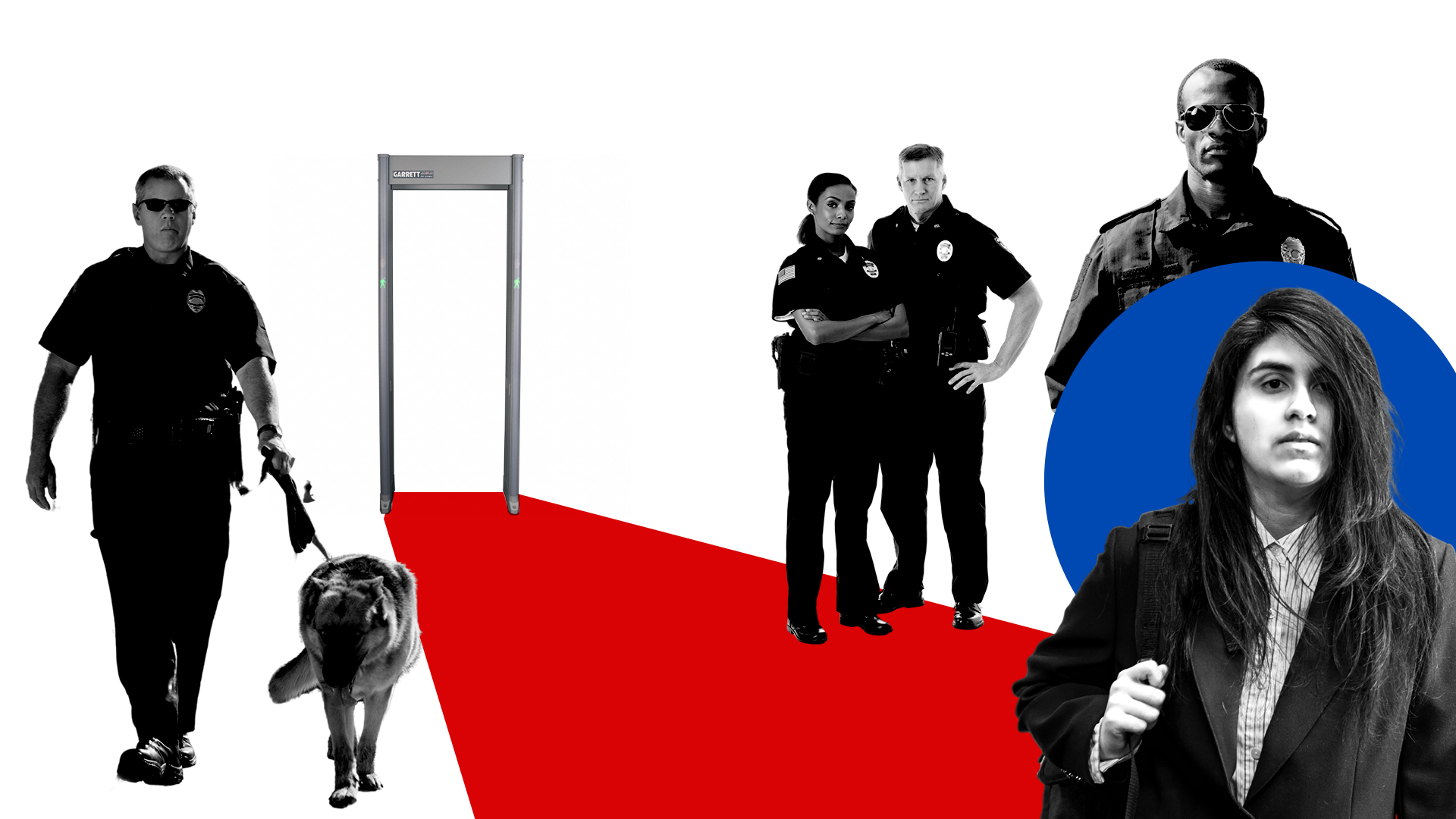 Students of color face a higher rate of hate crimes in schools across the country. Research has shown that factors such as harsh discipline and over-policing lead to the harmful characterization of students as criminals. Students like Elizabeth Simon, a young Latina living in southern California, witness discrimination within public schools. They’re pushing for progressive policy changes, such as California’s newly mandated implicit bias training.

This year, Elizabeth is a junior in high school, and has spent much of the school year adapting to the new online learning landscape created by the coronavirus pandemic. Still, she recalls her pre-pandemic campus experiences in vivid detail.

She’d wake up early to make the journey across Interstate 5 to get from her South Central Los Angeles neighborhood to her high school in East L.A., which packs the halls with about 2,000 students. It’s crowded — so much that each of the six counselors on campus handles over 330 teenagers.

“Being able to contact our counselors in school was really a struggle. Even now, with online classes,” Elizabeth told Pulso.

This situation is all too common in the public education system, As Pulso reported in part one of this series, 1.7 million students attend schools with on-campus police but no counselors.

Concerns around over-policing in schools have spurred national debate following incidents of police brutality. Students organizations across the country have started campaigns advocating for law enforcement officers to be removed from school campuses. Elizabeth is a member of the American Civil Liberties Union of Southern California’s (ACLU) Youth Liberty Squad. In this student-led leadership program, students work to advance education equity and aim to put a stop to harmful school policies.

Elizabeth recalls witnessing her peers be subject to random daily searches, a practice that student advocates deemed to be discriminatory.

“They used to do random searches. And for the most part you would see the people being searched were people of color in my middle school, usually Black or Hispanic kids,” Elizabeth said.

Random searches are a practice that ended last year with a vote from the Los Angeles Unified School District Board of Education. It was considered a historic victory after years of advocacy from student-led organizations.

Still, California students of color are being targeted in other ways on campus. Elizabeth pointed out that she felt fortunate enough to not attend a school with metal detectors at the entrance, like the ones she sees at schools in South Central.

“I was lucky not to have to deal with that. But I do know that there are some schools closer to where I live that do use or have used metal detectors,” Elizabeth said.

Although the use of metal detectors and random searches are on the way out, data shows schools refer students of color to law enforcement at a higher rate than their white peers. Students of color also have higher rates of arrests and are more likely to attend over-policed schools. Students like Elizabeth still have hope that the public education system can change.

“There’s starting to be more advocacy for students to be able to speak up, and say what they need from our schools,” Elizabeth said, “I do think this will help bring more progressiveness, so that adults are able to understand what it’s like.”

Last summer, the California Department of Education began implementing an Implicit Bias Training Initiative with educators. Intermediate District 287 in Minnesota has taken a more controversial approach to address the over-policing of its campuses. By restructuring school policies and removing police presence at schools entirely, that district dropped its student arrest rate by 82%.