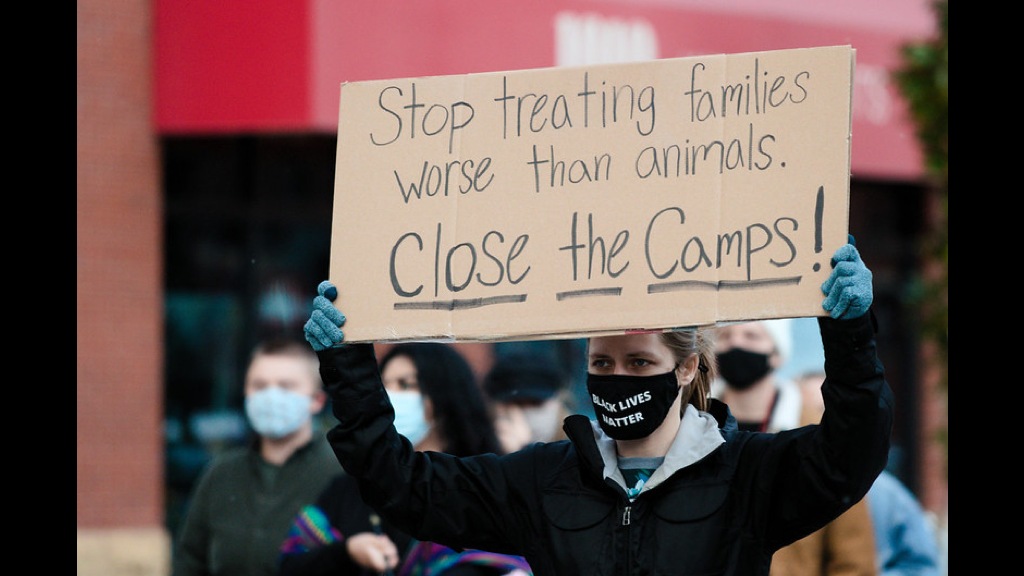 The parents of 545 children that were separated at the Mexico-U.S. border have still not been found, three years after this administration’s separation policy. Protesters in Minneapolis, Minnesota, demand an end to family separation immigration policies on October 14. Photo credit: Fibonacci Blue/Flickr

A New York Times article revealing that hundreds of migrant children separated from their families at the border have parents who haven’t been located continues to shock those in the Latino community and beyond.

Immigration lawyers, media outlets, and court-appointed researchers have been making efforts to reunite 545 children separated at the U.S.-Mexico border with their missing parents. More than 60 of those children were under the age of 5 when they were separated, according to the story,

Across the country, editorials are calling for political consequences to the policies that led to these separations, which began in 2017 and were intentionally put in place to punish those attempting to enter the country as a deterrent to immigration, Department of Justice documents showed.

Immigration organizations have also condemned the policies. RAICES Texas, an advocacy group, said the separations, and subsequent failure to reunite families are “the epitome of everything that RAICES has fought against.”

In a letter to supporters, RAICES president and CEO Jonathan Ryan wrote, “Tearing children away from the arms of their parents and then losing them inside of a vast government bureaucracy was not a failure of family separation: it was the goal.” Ryan went on to say that this administration intentionally separated children from their parents hoping “that their pain and suffering would send a message of deterrence to all immigrants seeking safety and security in the United States.”

The organization hosted a Saturday webinar on the topic, briefing viewers on what RAICES is doing to help these children. The group also discussed misinformation it said is being spread on the topic of family separations.

There are many challenges in finding the parents of these children in countries such as Guatemala, said Los Angeles Times immigration reporter Cindy Carmaco On NPR’s “Weekend Edition.” Carmaco, who witnessed the searches first-hand on a trip with attorneys, said that despite radio ads and the efforts of advocates, parents are not easy to find in these countries. She said that can be due to bad information and outdated addresses, or because the parents are hiding from dangerous conditions that caused them to leave the country in the first place.

After being released from federal custody, many of the children have been staying with sponsors. But about 362 of the 545 children cannot be located either, according to the New York Times. Many of the missing children are believed to still be in the United States, but some may have returned to their home countries.

Carmaco said parents may also be trying to keep their children safer by staying separated, an idea supported by the reporting in the New York Times article. “They may not necessarily want their children to come back to these dangerous situations,” Carmaco said. “It’s a difficult decision to make.”