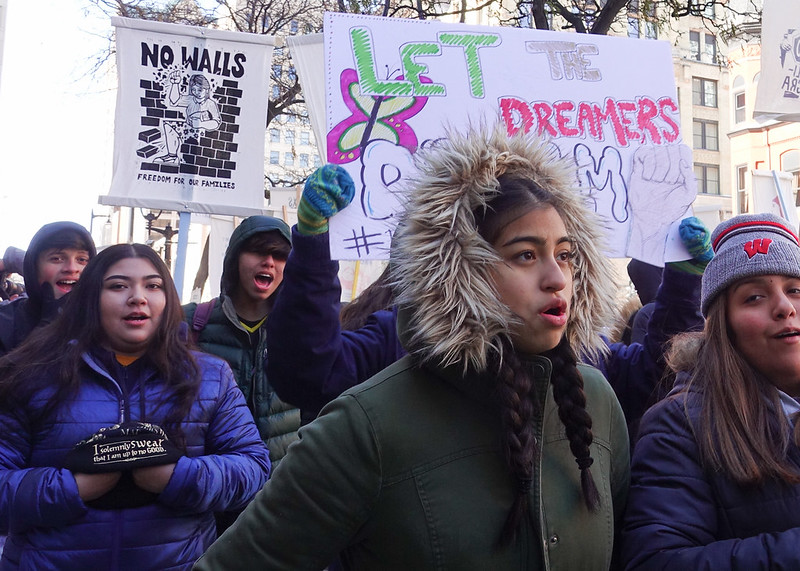 When the U.S. Supreme Court in June ruled against a presidential administration effort to end DACA, a program that allows the children of parents who entered the U.S. illegally to remain in the country, it seemed like a huge victory for those in the program. As of 2017, 89.1 percent of “Dreamers” in the DACA program were from the top five countries enrolled, Mexico, El Salvador, Guatemala, Honduras, and Peru.

But since the Supreme Court ruling, the Trump administration has not given up on its efforts to dismantle or restrict the program. In late July, the Department of Homeland Security moved to reduce the protected status of renewals from two years to one, restricted DACA recipients from traveling outside the U.S., and cut off applications from new applicants.

These new restrictions, and the ongoing fight against them in several states such as New York and California, have left an uncertain future for the Dreamers themselves. Many of them remain largely in legal limbo, the website The Appeal reported this month.

“To be in the same place where I was three years ago is very frustrating,” said Ximena Zamora, a New York City student who was applying for DACA at the age of 15 just as the government terminated the program three years ago. Zamora, who spoke to The Appeal for its story, is one of the plaintiffs in a New York lawsuit against the administration.

Whatever happens in the pending suits, with hearings scheduled for October and November, Dreamers say they are already suffering as a result of the new DACA restrictions, even with the program being reinstated.

Some U.S. companies are refusing to hire DACA recipients, The New York Times reports. Companies such as Procter & Gamble say they don’t want to train new workers who may not be secure in their long-term employment prospects.

For those who are now unable to apply for DACA due to the new restrictions, the fear of deportation is now a constant. Oscar Perez, an undocumented Los Angeles-raised teenager who celebrated when the Supreme Court made its ruling, now says he’s afraid he won’t be able to stay in the country. “I think that fear goes for the whole core of my family and I think the fear comes out a lot more when I go out with my family,” Perez told Spectrum News.