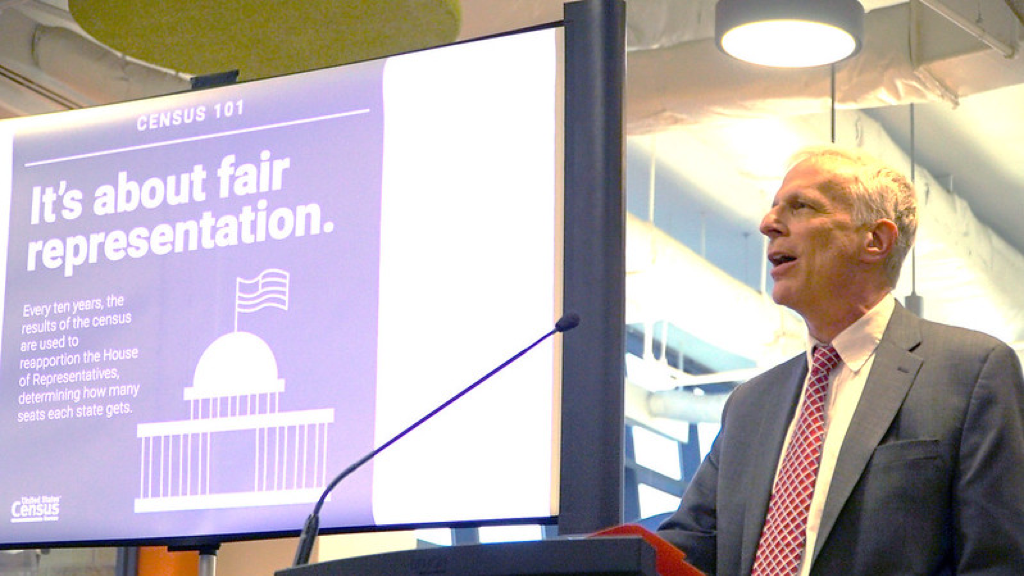 Citizens of Arlington, Virginia, gathered in April, 2019, for a Census 2020 kickoff celebration. The results of the U.S. Census helps determine seats for the U.S. House of Representatives and the allocation of funding for communities. Photo credit: Arlington County/Flickr

A federal court on Thursday blocked an order from president Donald Trump that would have kept undocumented immigrants from being counted in the 2020 U.S. Census.

The decision came from a panel of three judges who wrote that Trump’s July 21 memo was an “unlawful exercise of the authority granted to the president.” The judges said that all those living in the United States must be counted for the purposes of apportioning U.S. House of Representatives seats in congress, no matter their legal residence status.

The court said that the U.S. Census has always done things this way, counting, “every person residing in the United States at the time of the Census, whether citizen or non-citizen and whether living here with legal status or without.”

“This is a huge victory for voting rights and for immigrants’ rights,” said Dale Ho, director of the ACLU’s Voting Rights Project, in a statement quoted by USA Today. “President Trump has tried and failed yet again to weaponize the Census against immigrant communities.”

Advocacy groups and city and state groups who filed the lawsuits that led to the decision said the order could reduce the number of House seats for states such as Texas and California that have large immigrant populations.

The court decision is the latest turn in an ongoing legal battle over the 2020 Census, with many issues involving Latinos, who are historically undercounted, and immigrants. In a separate decision, a federal judge ruled that the U.S. government must cease winding down its 2020 count, which was originally going to be delayed due to problems caused by the COVID-19 pandemic.The Census Bureau had announced it was going to stop doing door-to-door population counts and would stop taking mailed-in Census forms at the end of September. A hearing in a lawsuit over scrapping the revised timeline is scheduled for Sept. 17.