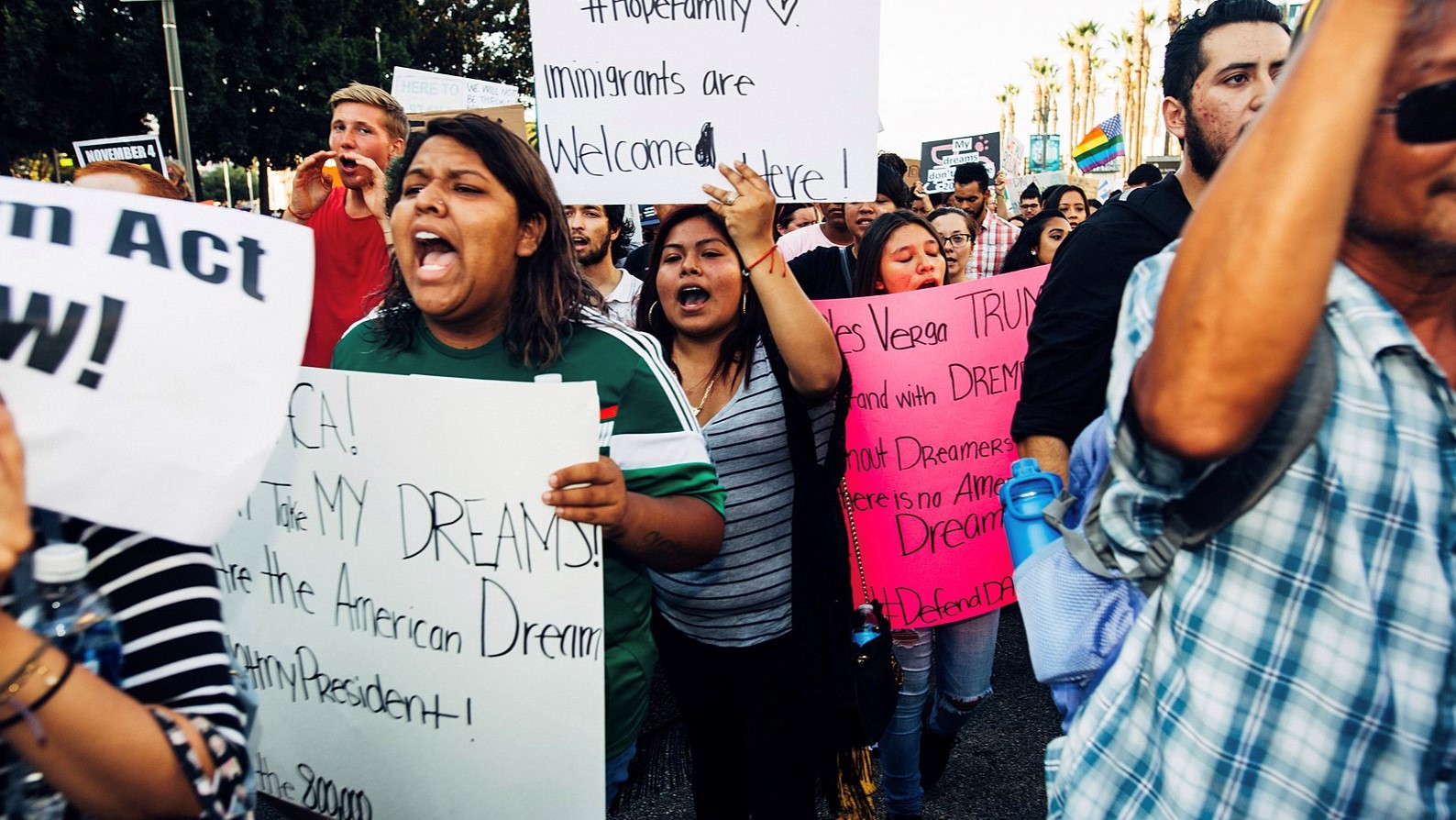 Reports of deportation agents detaining Latino allies at Black Lives Matter (BLM) protests around the country have surfaced. And immigration advocates are warning undocumented people wanting to protest police brutality to think twice before taking to the streets.

Protesters supporting BLM have flooded American cities calling for police reform and abolishment following the May 25th recorded killing of George Floyd, a Black man, by a Minneapolis police officer.

Some Latinos at the protests have become targets for detainment by U.S. Homeland Security officers, according to immigrant rights advocates. At a June 3 protest in New York City, U.S. Homeland Security Investigations (HSI) agents were filmed detaining a Latino protester. The detained man turned out to be a United States citizen from Puerto Rico, and a U.S. military veteran, who was later released by HSI.

Advocates warn that members of the undocumented community should consider the additional risk they are under if they choose to join the protests. “For anyone who is not a U.S. citizen, getting arrested by the police can serve as a notification for ICE—either automatically through fingerprint sharing or police communicating directly to ICE,” Genia Blaser, senior staff attorney at Immigrant Defense Project, said.

In Arizona, community activist Máxima Guerrero was detained by U.S. Immigration and Customs Enforcement (ICE) agents while attending a George Floyd protest on May 30. Following calls to elected officials and a social media campaign demanding Guerrero be set free, she was released from the ICE Phoenix Field Office on June 1st.

Máxima is a Dreamer, meaning she was brought to the United States by her parents at a young age and is protected from deportation under an executive order implemented by President Obama in 2012 called Deferred Action For Childhood Arrivals (DACA). In 2017, President Trump announced he would end DACA. Last week the Supreme Court blocked Trump’s attempt at ending the program. But the court’s decision doesn’t mean DACA recipients are permanently safe from deportation since the Trump administration plans to fight the ruling.

Many members of the undocumented community have been supportive of the protests, and immigration experts warn that they are being targeted. “Regardless of whether HSI agents are making arrests, based on what is known about ICE investigation and arrest tactics, it is likely that they are conducting surveillance of individuals who are at protests,” Blaser said. Instead of attending protests, supporters of BLM should consider alternate ways of supporting the cause without putting themselves at risk.