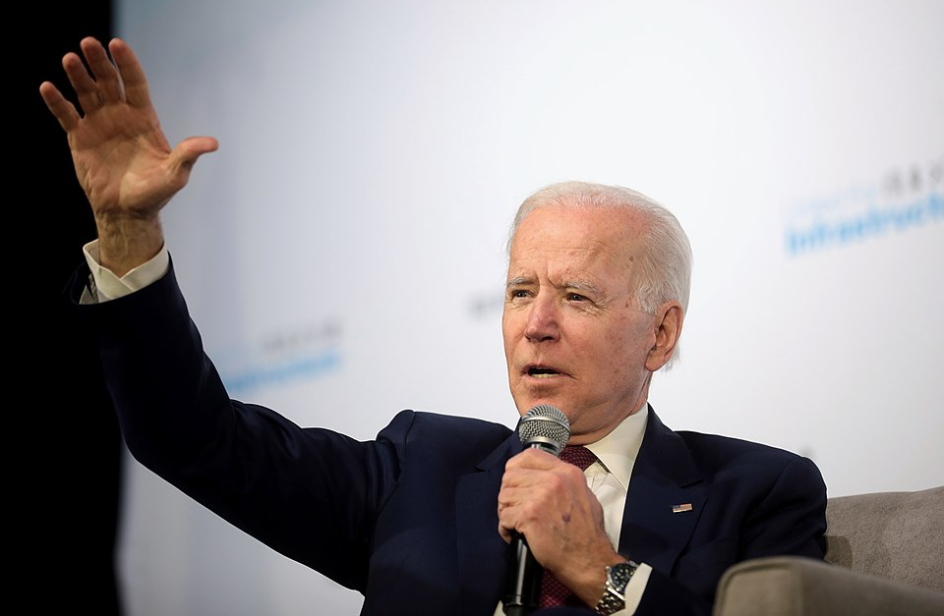 Biden promises ‘day one’ pathway to citizenship once elected president

Democratic presidential hopeful Joe Biden is declaring that he’ll take a clear stand on immigration, to the delight of immigrant rights groups and leaders as they await a decision from the U.S. Supreme Court. The former vice president said he’d help undocumented immigrants, the majority of which are Latino, start on a path to citizenship immediately after he’s inaugurated.

Biden plans to submit a pathway to citizenship bill to Congress on his first day as president, he said on the MSNBC show The Last Word on May 14. This promise comes as millions of undocumented people working and going to school in the U.S. are anxiously awaiting a decision from the U.S. Supreme Court, that as of June 4 has not arrived. The court is expected to rule on whether President Donald Trump’s attempt to end the Deferred Action For Childhood Arrivals (DACA) program is legal and will allow recipients to remain in the country.

DACA recipients, or DREAMers, were brought to the United States as children and have worked with protections from deportation in the U.S. since President Barack Obama issued the DACA executive directive in 2012.

While Obama’s support of DREAMers is recognized, critics also point to policies he implemented that led to a high number of deportations and put him out of favor with Latino voters. Some activists worry Biden will implement immigration policies similar to the ones enacted during his time as vice president, although he’s tried to distance himself from these policies.

In contrast to the current administration, Biden’s plan is a direct response to some of the anti-immigrant changes that have taken place during Donald Trump’s term. These include Trump’s focus on ending DACA, the construction of a 1,000-mile southern border wall, and multiple U.S. Immigration and Customs Enforcement (ICE) raids on undocumented communities around the country.

If the Supreme Court sides with Trump on DACA, the current president could end the program immediately or phase it out over a period of time, potentially after the election.

Some of the nation’s leading immigrant rights groups are applauding Biden’s declared support for a path to citizenship for immigrants. Groups like UnidosUS and Families Belong Together, said in a joint statement that “after four years of an administration that has relentlessly attacked immigrant families, we urgently need bold leadership in the White House that can unite all of us.”

As the race for the White House draws closer, Biden is making efforts to win over the strong Latino voter base that Bernie Sanders’ campaign had secured and his immigration plan could be a step toward addressing the needs of Latino voters. “Biden has the opportunity to take advantage of this moment to welcome, unite and invest in a community that has felt invisible in the political arena,” Amanda Renteria, former national political director for Hillary Clinton’s 2016 presidential campaign, told NBC.