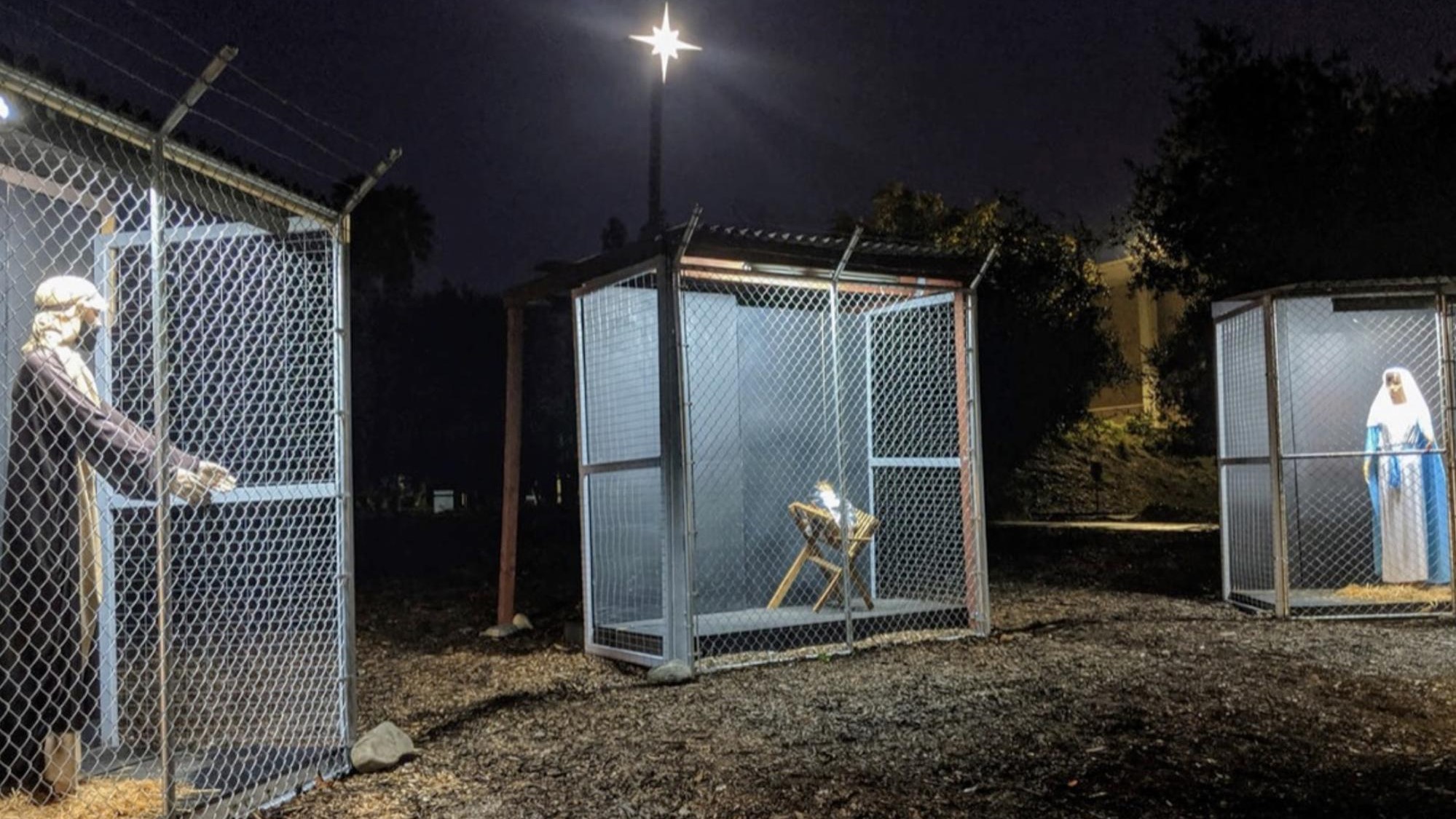 As nativity scenes decorate neighborhood yards in celebration of Christmas, one church is using theirs to highlight the dire reality that thousands of asylum seekers suffer at the hands of the U.S. government. Claremont United Methodist Church in California created a Christian nativity scene comparing Jesus’ migrant status to that of asylum seekers currently detained by Customs and Border Protection (CBP) at the U.S. and Mexico border.

Nativity scenes recreate the biblical story of Jesus and his family’s quest for safety in Bethlehem after fleeing King Herod’s decree to kill all first borns who could potentially become the successor to his throne. The display church’s display features Mary, and Joseph individually caged, while an infant Jesus is wrapped in a gray mylar blanket similar to the ones given to migrants held at border patrol detainment centers. The encaged parents face the cradled infant with arms outstretched, while barbed wire lines the cage tops.

Supporters of the Trump Administration’s immigration policies have often blamed migrant parents who are seeking out a better life for themselves and their children for being separated. “Unfortunately, those parents and those children are feeling what their choices are,” Sonya Coppa said to CNN on Trump supporters and family separations. In essence, blaming the asylum seekers for being separated and jailed.

The display has drawn both praise and criticism on the church’s Facebook account, with some objecting to the display,  and others appreciating the “prophetic statement in such a creative way.”

The Nativity scene aims to focus the conversation on the thousands of families forcibly separated, and challenging viewers to consider if that is justified. “Imagine Joseph and Mary separated at the border and Jesus, no older than two, taken from his mother and placed behind the fences of a Border Patrol detention center as more than 5,500 children have been the past three years,” Rev. Karen Clark Ristine, Senior Minister at Claremont United Methodist Church, said in their Facebook post.

Over the past two years Border Patrol has separated over 5,500 migrant children from their families and because of an inefficient tracking system, many of these children might never be reunited with their families again.