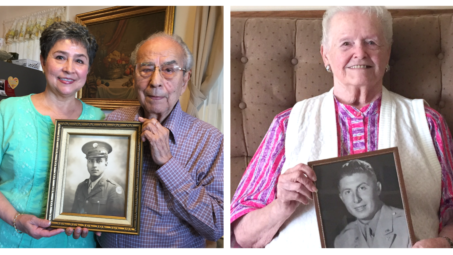 In the early 1990s, Texas journalist Maggie Rivas-Rodriguez discovered that there was almost no documented history of Latinos in the United States military, even though they’ve fought in U.S. wars since the 1800s.

She set out to change that. When Maggie started teaching journalism at The University of Texas at Austin in 1999, one of the first things she did was create the ‘Voces Oral History Project’. She had her students conduct and document interviews with Latino military veterans who served in World War II, the Korean War and The Vietnam War.

‘Voces’ also includes interviews with Latinx activists who helped shape the Civil Rights movement, like Carolyn Garcia, who ran for her local school board in Dilley, Texas so she could desegregate and diversify schools in her community.

Twenty years later, ‘Voces’ is home to over 1,200 stories and 10,000 photographs that document and elevate Latino contributions throughout the 20th century.

Although Latino stories had been largely ignored, thanks to professor Maggie’s efforts, countless stories of bravery and patriotism have been captured. And thanks to ‘Voces’ we can teach future generations about Latinx contributions to the U.S. military 🎖