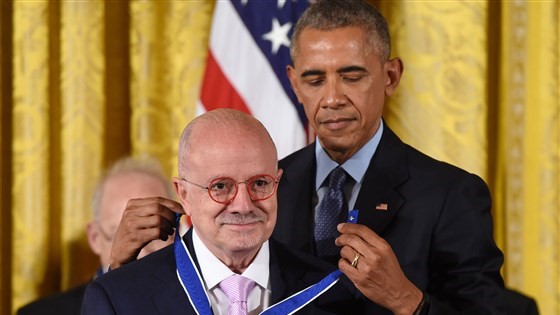 He was a poor immigrant who now leads a successful college

Dr. Eduardo Padrón left Cuba at 16 years old with nothing but the clothes on his back.

When he got to Miami, Florida, Eduardo cleaned toilets, worked on tomato fields and had as many as three jobs at a time to support himself and his little brother.

He was discriminated against for being Cuban, but worked hard to forge a better future for himself and others.

Today, the 75-year-old is a prominent leader in higher education and cultural powerhouse in Miami.

He stepped down recently as president of Miami Dade College after 25 years on the job.

During his leadership, Eduardo transformed the small school into an 8-campus college with 165,000 students and over 2 million alumni. The campus enrolls more students of color, including Latinxs, than any other U.S. college.

Eduardo won’t ever forget that while talent is universal, opportunity isn’t. He believes that when colleges like Miami Dade give all students a chance, then “some wonderful things happen.”

The Presidential Medal of Freedom winner, given to him by President Obama in 2016, had a profound impact on the futures of countless Latinxs who will now take his torch beyond Miami’s borders.