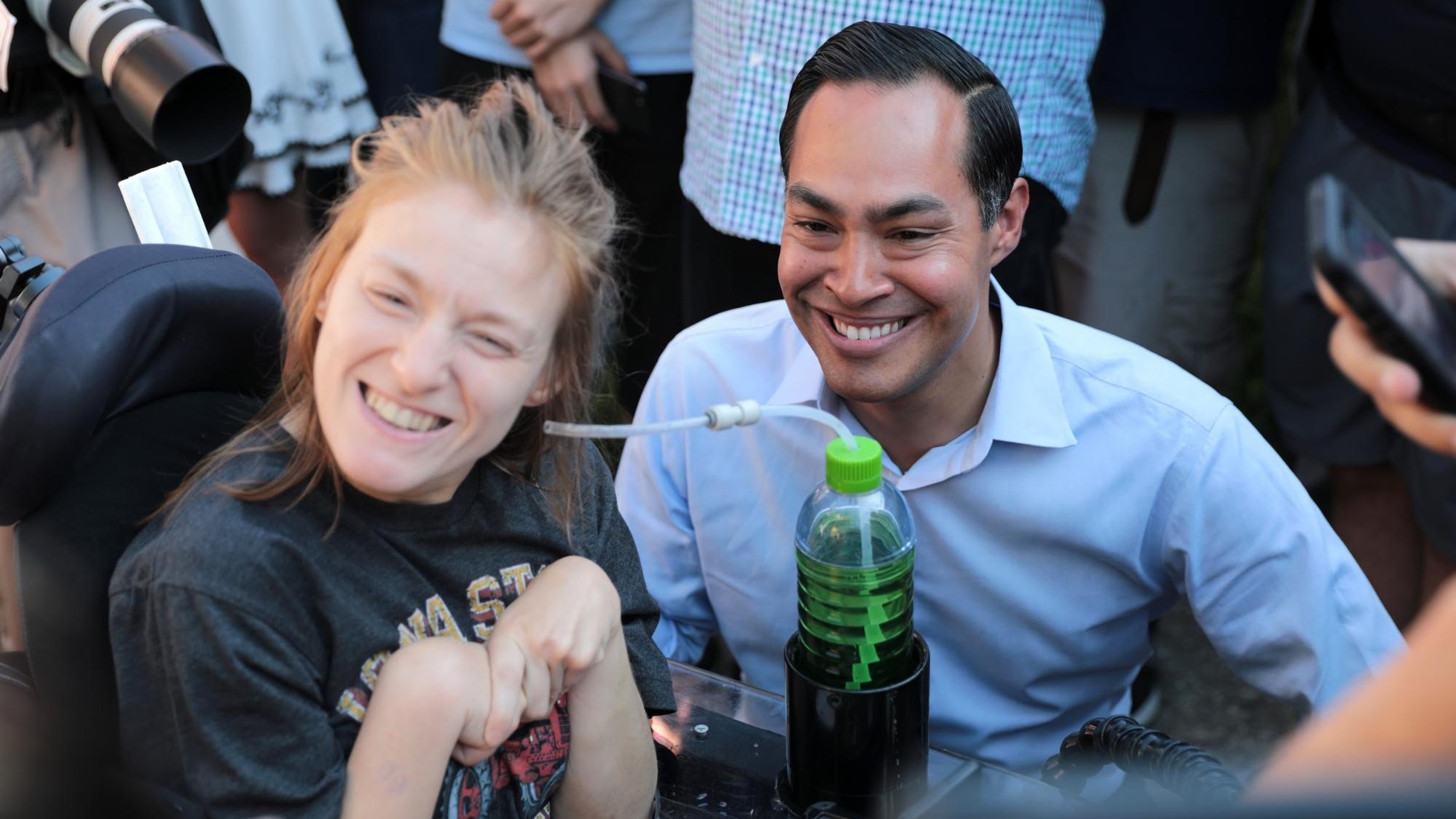 Julián Castro made history as the only Latinx vying for the Democratic presidential nomination, but he announced on Oct. 21 he will be forced to drop out of the race if he doesn’t raise $800,000 in the next 10 days. His campaign has fallen short of polling requirements to qualify for the Democratic debate on Nov. 20, and is in danger of lacking resources to continue his campaign.

“Our campaign is facing its biggest challenge yet,” campaign manager Maya Rupert said in an email to the press. “Secretary Castro has run a historic campaign that has changed the nature of the 2020 election and pushed the Democratic Party on a number of big ideas. Unfortunately, we do not see a path to victory that doesn’t include making the November debate stage — and without a significant uptick in our fundraising, we cannot make that debate.”

Julián served as housing secretary under President Barack Obama’s administration, and as mayor of San Antonio. He has focused his political platform on addressing the needs of communities of color and other vulnerable communities, including immigrants, the homeless and individuals who have unjustly suffered at the hands of law enforcement.

However, he has trailed behind other Democratic candidates in both the polls and fundraising. Having cash on hand is all the more challenging with Julián’s adamant decision to not accept money from lobbyists or political action committees.

Julián has also faced unique challenges in the race as the lone Latinx candidate, most recently highlighted by his erasure in the race on the part of popular late night comedy show, Saturday Night Live. The show’s creators attempted to save face after leaving him out of a sketch that included top Democratic candidates by tapping Broadway extraordinaire Lin-Manuel Miranda to star as Julián in an October 12 cameo that parodied a CNN campaign town hall meeting on LGBTQ issues called “Equality in America.”

The good news is that within 24 hours of releasing his call for help, influential activists, including Latinxs, are already showing support for Julián’s campaign. U.S. Rep. Alexandria Ocasio-Cortez, a freshman New York Democrat, tweeted that Julián “is a powerful presence in this race,” despite officially endorsing his opponent Vermont Sen. Bernie Sanders over the weekend.

“I’m really proud of him and how he consistently uses his platform to uplift and center issues that are wrongly marginalized, like homelessness and police violence,” Alexandria tweeted on Oct. 21.

Adrian Reyna, who serves as strategy director for immigrant youth network United We Dream, announced he sent a contribution to Julián’s campaign. “It is imperative that his voice is present in this election. Julián Castro is the only candidate who keeps it real on immigration (also only Latinx in the running) — so square up and donate,” he exclaimed on Twitter.

Julián took to Twitter to express gratitude for the outpouring of support his campaign has received within the last 24 hours. “I’m happy to say that because of grassroots contributions from throughout this country in the last 24 hours, that y’all have stepped up, and we are on track to meet our goal,” he said in a short video. “I hope you’ll keep going.”

He said contributions of as little as $5-$25 can go a long way in ensuring that he stays in the race. He promised his supporters that if he stays in the race he will continue fighting for the country’s most vulnerable communities “and provide a vision in this country where everybody counts,” he said. “I’m counting on you.”