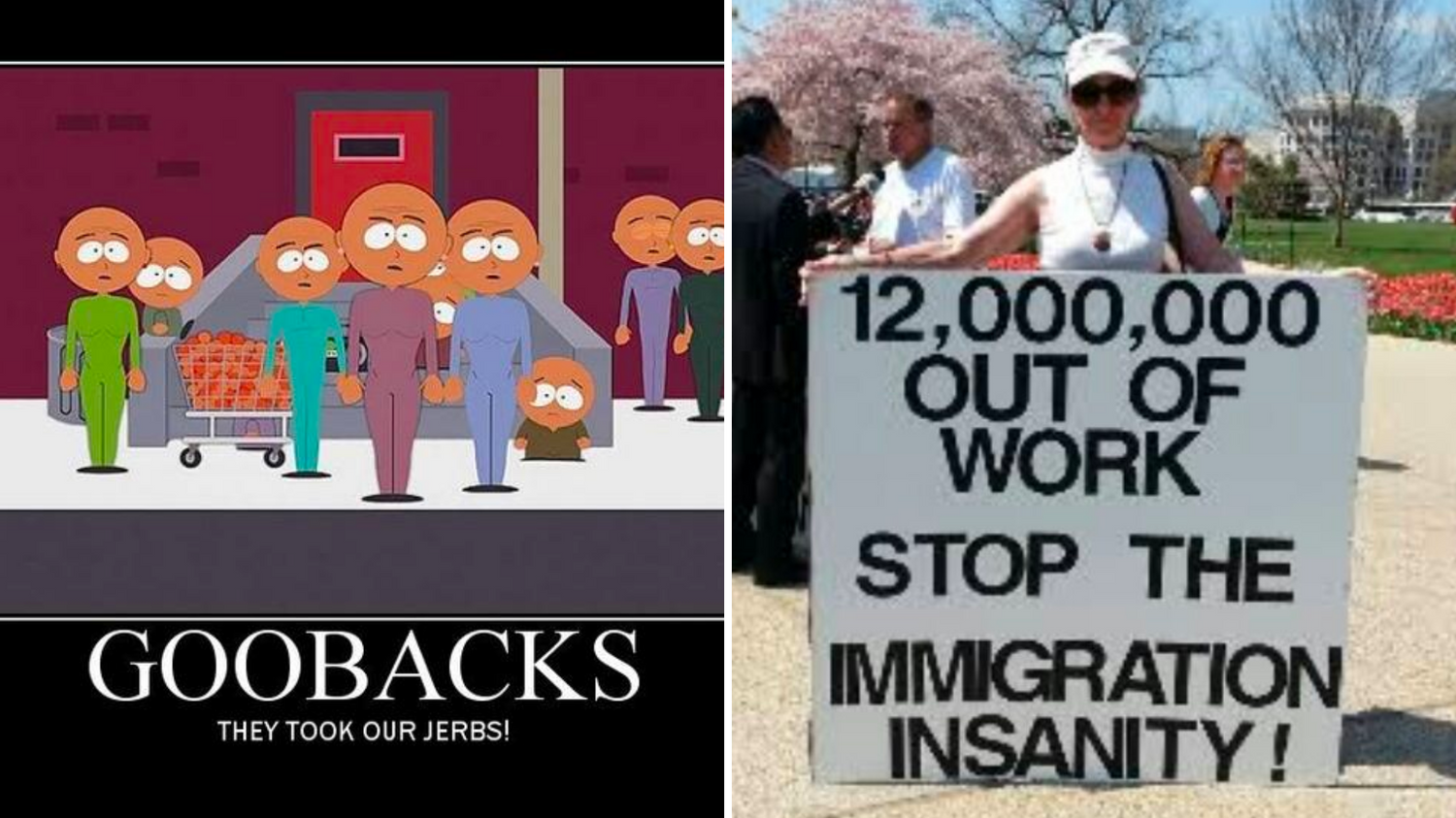 If you’ve heard the phrase “they’re stealing our jobs,” it’s likely you heard it said about immigrants, particularly immigrants of color. The phrase has been co-opted to be a political statement, which — given its origins — is ironic. “They’re stealing our jobs” was actually a satirical meme that became so popular it somehow became used exactly as its original South Park characters did.

“Stealing our jobs” got its start in a 2004 episode of South Park. In the episode, time-traveling immigrants come to South Park in search of jobs, much to the locals’ dismay. The clash of characters culminates in a town hall meeting in which one South Parker says that the immigrants “took our jobs” followed by echoes of increasingly unintelligible versions of “they took our jobs!”

What came next was an early case of a viral video. Urban Dictionary uploaded a definition to “they took our jobs,” a website was made entirely of soundbytes of all the times the phrase was used, and several YouTube videos were uploaded of South Park characters muttering variations of the phrase.

Some of the first memes that were seen on the internet came from this specific episode, with several clips being featured and shared on a national scale. In more recent years, Americans heard Donald Trump say during his presidential campaign a myth that has been repeatedly debunked by economists: “they’re taking our jobs” when speaking about Mexican immigrants.

The next time you hear “they’re taking our jobs” and immediately think of the xenophobic intent, just remember the original South Park episode’s ending: Where the immigrants fade away, but the townspeople realize that the work and jobs they left still couldn’t be filled. Only then did the locals realize that the immigrants were never creating a problem.