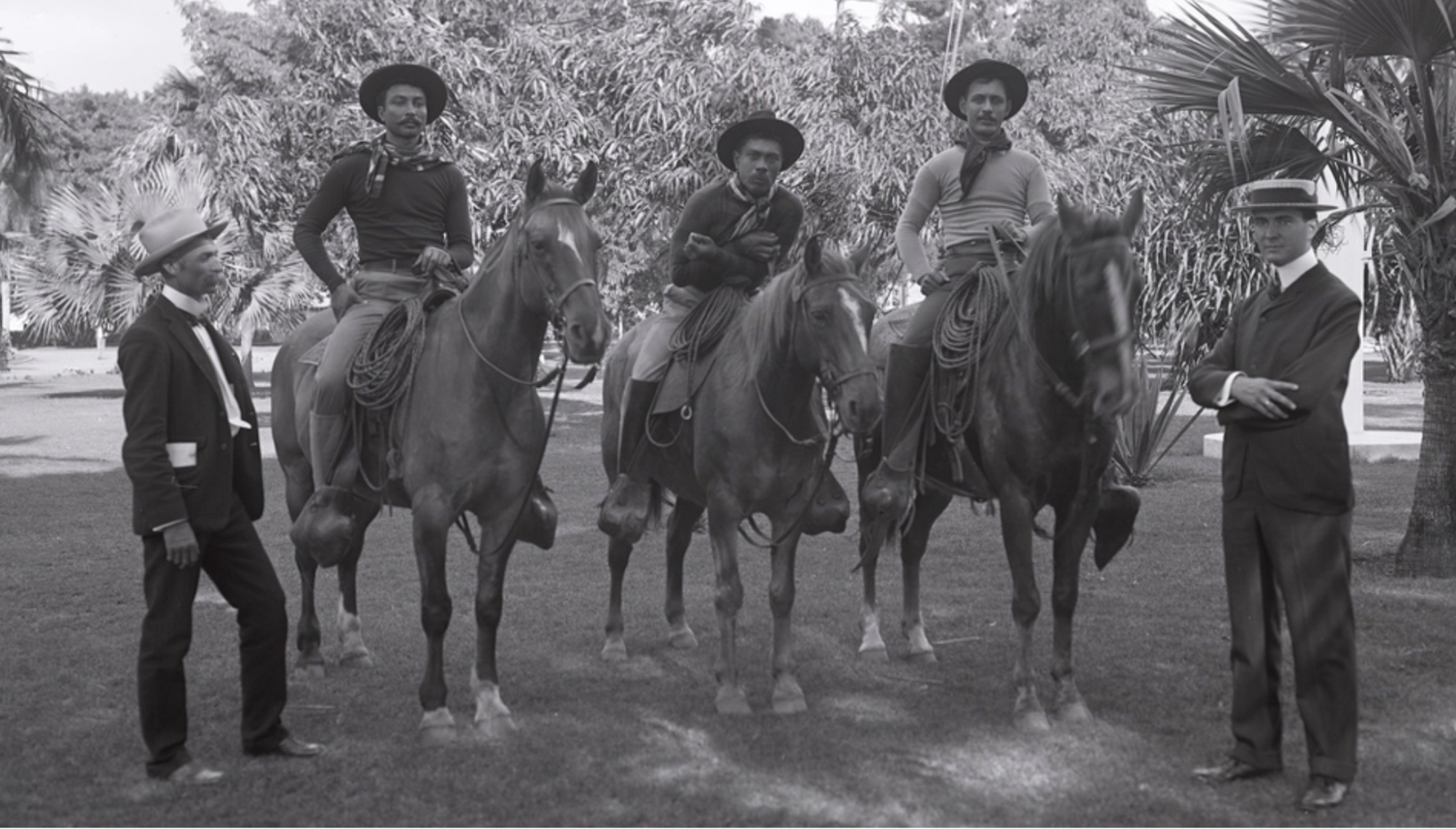 Before there was the Wild West, there were vaqueros – the cowboys of Mexico – who taught Hawaiians how to ride, and rope horses and cattle. Few people know the history of the first Hawaiian vaqueros or that Hawaii still has a thriving cowboy culture to this day.

In the early 1800s, Native Hawaiians were visited by Captain George Vancouver, who gave Chief Kamehameha a small herd of cattle he had picked up in California (then Mexico). The chief passed a protective order banning the killing of these cows before his death, but they soon grew too destructive for Hawaii’s delicate tropical ecosystem.

Desperate for a solution, the next chief, Kamehameha III, sent word to Mexico pleading for assistance. Several Mexican vaqueros soon showed up with their own herd of horses to help. The term “paniolo” was coined for those who became cowboys – a new word created by Hawaiians mispronouncing “español.”

Under the direction of the Mexican vaqueros, the paniolo quickly learned proper horsemanship, roping and other ranching skills. Many agricultural and veterinary innovations such as intensive grazing – where horses and cows weed old crops while simultaneously fertilizing new ones with manure – were developed during this time and are still in use today.

Vaqueros even influenced the wide-brimmed hats, braided lariats, and brightly-colored shirts and ponchos used by paniolos. And many of the Mexican vaqueros, the first Latinos in Hawaii, chose to stay and start their families on the island.

In 1908, three paniolos named Ikua, Archie and Jack participated in the Frontier Days Rodeo in Cheyenne, Wyoming. All three Hawaiian cowboys won their respective rounds, with Ikua even setting a steer-roping record at 56 seconds! Ikua would later be posthumously inducted into the National Rodeo Cowboy Hall of Fame in 1999.

Paniolo culture is still alive and well today, celebrated with annual horseback parades and songs immortalizing the paniolo legends who were taught by some of the best horsemen in the world: the vaqueros of Mexico.