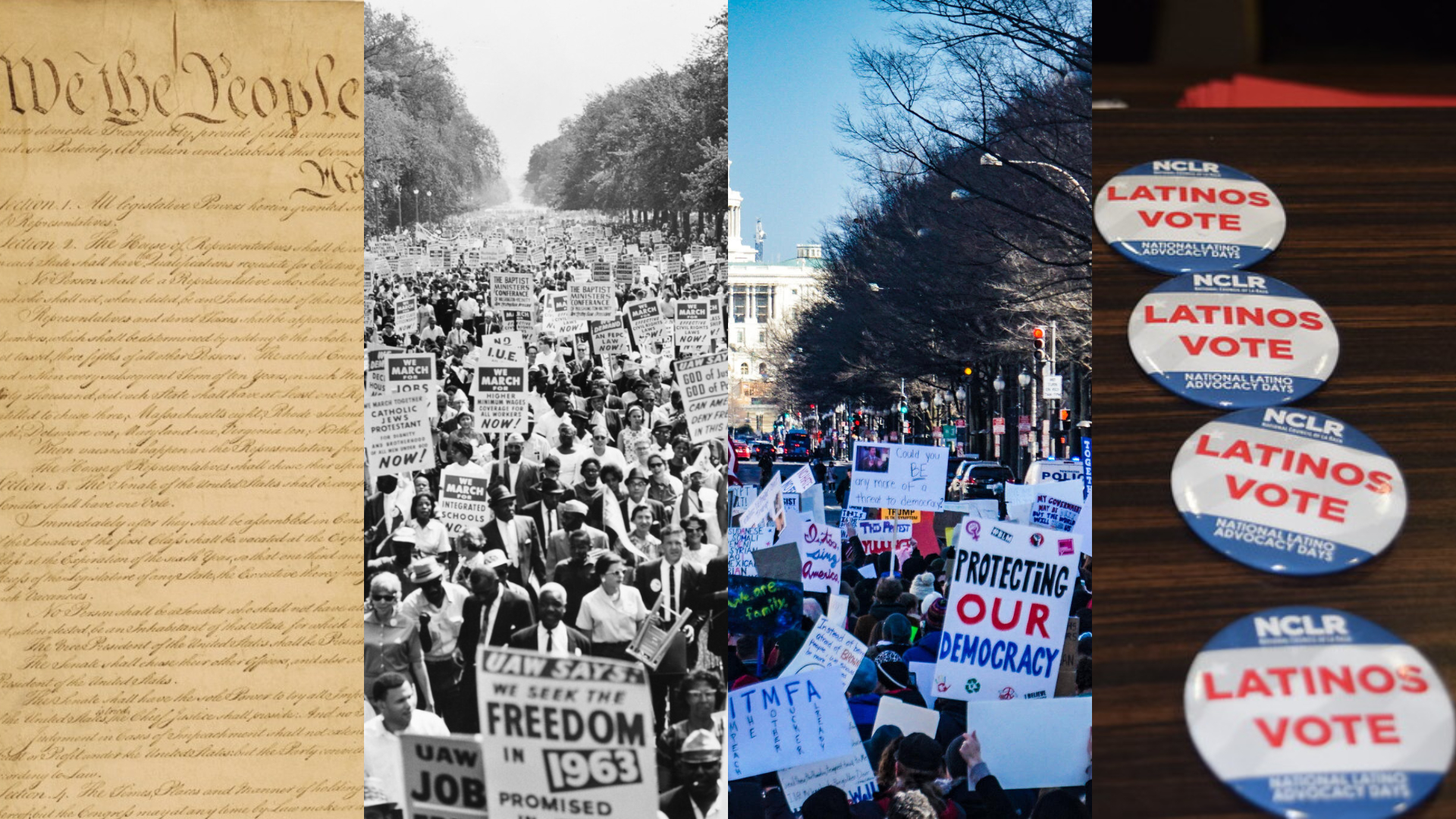 Six harmful tactics that tried to stop Latinos from voting

Literacy Tests 1920s — Arizona law required voters to pass an English liter­acy test in order to register to vote. The authors of the 1909 law stated their inten­tion plainly: to block the “ignor­ant Mexican vote.” In the 1920s, pioneers across the country like Antonia Denis, a Puerto Rican woman in Brooklyn, NY, actively worked towards getting Latino voters prepared for literacy tests ahead of time to ensure they’d be able to cast their ballots.

White Primary Laws 1944 –– In the southern United States, “white primaries” were primary elections where only white voters were allowed to cast a ballot. States that adopted this law include South Carolina, Florida, Mississippi, Texas, Louisiana, Arkansas and Georgia. In 1944, the Supreme Court ruled in Smith v. Allwright that the Texas state law requiring all primary voters to be white was unconstitutional, because it allowed for racial discrimination.

Operation Eagle Eye 1964 — Operation Eagle Eye, an intimidation campaign against communities of color, was put into effect by the Arizona GOP in 1964. The operation included purging voter lists, sending deceptive mailers to voters, and sending poll watchers to the polls to challenge voter eligibility. Future Supreme Court Justice William Rehnquist allegedly was a poll watcher with direct involvement in challenging the eligibility of Black and Latino voters.

National Ballot Security Task Force 1981 –– During the 1981 New Jersey primary elections, the Republican National Committee created a fictional task force as a means of deterring and intimidating Black and Latino voters. The vigilante squad was made up of 200 off-duty police officers and private security guards who carried visible firearms, wore armbands bearing the name “Task Force”, and were equipped with walkie-talkies.

400+ Voter Restriction Bills 2021 –– During the 2021 legislative session, more than 440 bills with provisions that restrict voting access were introduced in 49 states.  Twenty-three bills are set to expand voter iden­ti­fic­a­tion require­ments, and three would require proof of citizen­ship to register to vote. These restrictive laws are being supported behind the guise of the “Big Lie” – the debunked conspiracy that former President Trump was a victim of mass voter fraud during the 2020 election.

Strengthening Voting Rights 2022 –– To end on a positive note, despite all these efforts to suppress the vote, voting rights advocates continue to fight to protect our right to vote. Important legislation like the John R. Lewis Voting Rights Advancement Act is at stake. If passed, this bill would strengthen and modernize the Voting Rights Act of 1965 by creating a new formula to identify repeat offenders of voting rights violations and establishing a review process for voting restrictions.