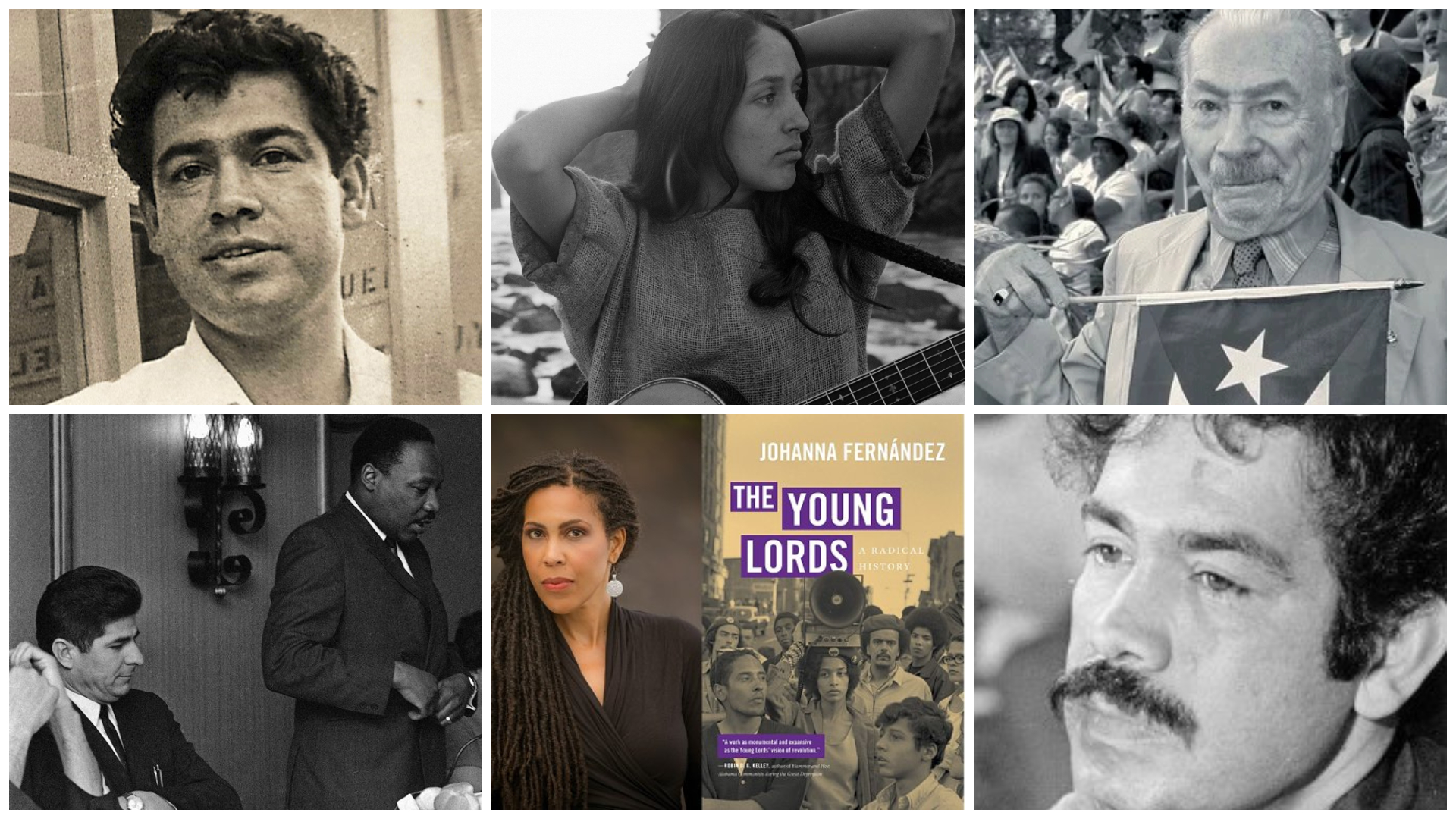 More than half a century after the social justice movements of the 1960s, the fight for civil rights and social justice continues to this day. Still, the grassroots movements of that era brought about sweeping changes across the U.S., and Latinos contributed on the front-line at marches, teach-ins, and strikes.

Here’s a look back at the 1960s and just some of the Latinos who helped pave the way for a better society for all of us.

Lending her music to the civil rights movement was Mexican American folk singer, Joan Baez. She began her recording career in 1960, and in the spirit of the movement, incorporated strict anti-discrimination policies into her very first concert tour. She later performed “We Shall Overcome” at the 1963 March on Washington, saying, “action is the antidote to despair.”

Gilberto Gerena Valentín was the president of the Puerto Rican Day Parade during part of the civil rights era. “Martin Luther King Jr. invited me to Atlanta, Georgia to discuss the [March on Washington]”, he recalled. Gerena ended up helping to mobilize thousands of Latinos to attend and take part in key demonstrations.

When MLK was mobilizing the Poor People’s Campaign to fight poverty, he reached out to a group of three Latinos. Bert Corona (left), Reies Tijerina (center) and Rodolfo “Corky” Gonzales (right) were in the midst of planning a March on Poverty, which sadly, never took place due to King’s tragic death.

“In the final days of 1969, the Young Lords were on top of the world,” wrote Johanna Fernández, an activist with the Young Lords Party. This group of poor and working class Puerto Ricans worked closely with Black civil rights groups to, as she recalls in her book, “reclaim the dignity of the racially oppressed and elevate basic human needs … over the pursuit of profit.”