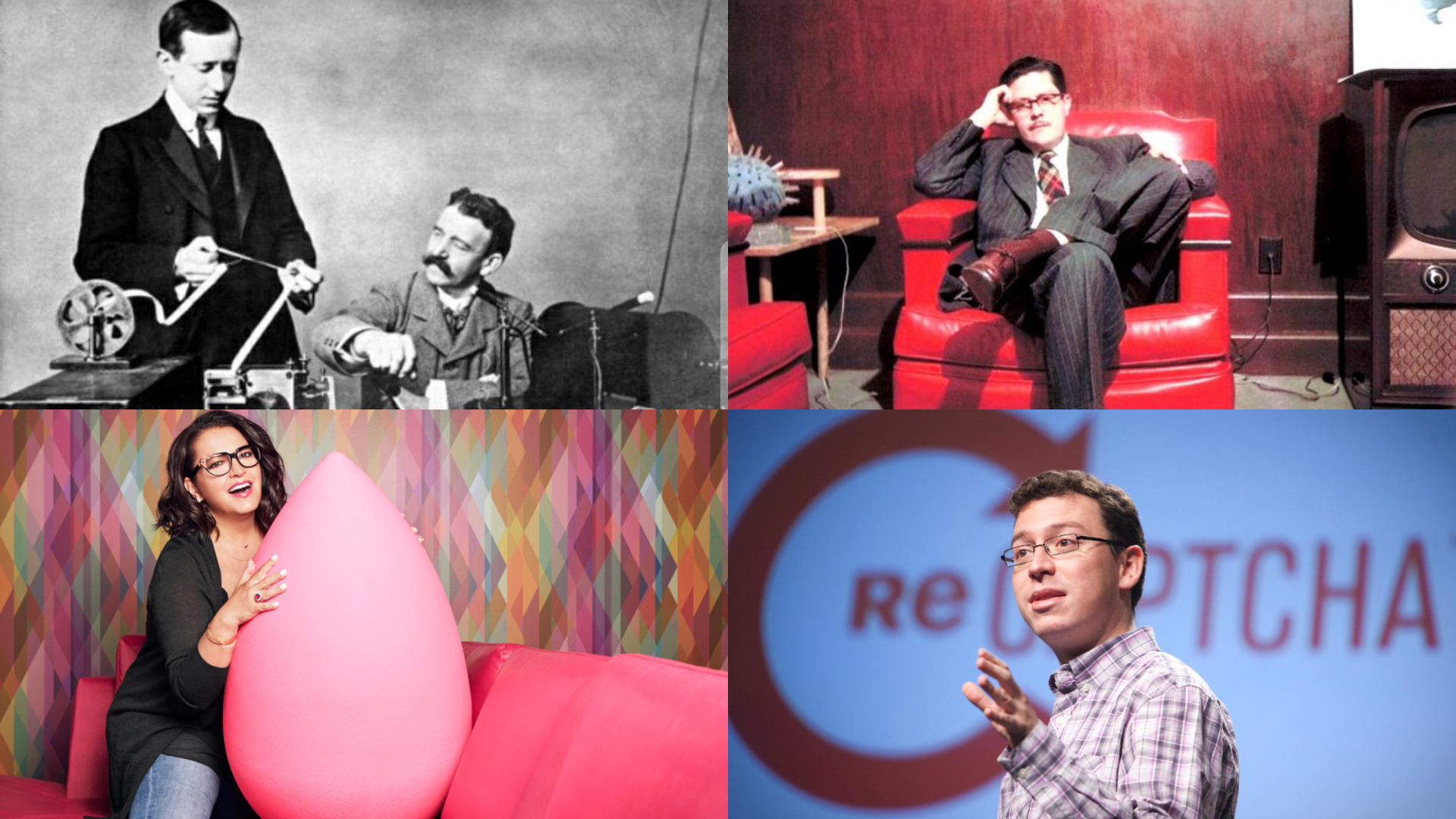 May is National Inventors Month — and we couldn’t be prouder to highlight these amazing Latino and Latin American inventors. With their brilliant minds and unrelenting passion, their innovative ideas have helped change the world. From color TV to the artificial heart, here’s a timeline of amazing contributions made by nuestra gente throughout the years.

If you’re looking at this on your cell phone, you can thank a Catholic priest from Brazil for that. Roberto Landell de Moura was the one who created a wireless telephone system — the precursor to today’s cell phone technology. A bishop witnessed the invention in action and called it “the work of the devil.” The wireless phone initially scared some people so much, they destroyed his lab, and Moura had to start all over again.

You probably spend a lot of time watching videos on that wireless phone of yours, but there was a time once a long ago when people would watch shows and movies in black and white. It wasn’t until color TV came along that we could watch our favorite series in all the hues of the rainbow. Mexican engineer Guillermo González Camarena developed the “chromoscopic adapter for television equipment” in the 1930s, before applying for a U.S. patent in 1940.

Luis Miramontes was just a 26-year-old doctoral student working in a chemistry lab in Mexico City when he and his team developed the key ingredient used in a contraceptive drug. The molecule, norethisterone, it turns out was derived from a Mexican yam. While a competitor was able to get their pill to the U.S. market first, Miramontes’ version got approved shortly thereafter.

If you ever visit the Smithsonian Museum in Washington, D.C., be sure to check out the first artificial heart to be successfully implanted inside of a living person. It was created by Argentine surgeon Domingo Santo Liotta. A 47-year-old patient with heart failure received the implant, allowing the patient to live for three days until a heart from a human donor became available.

It’s a life-saving device that is used to treat cardiovascular disease, and it was invented by interventional vascular radiologist Julio Palmaz of Argentina. His wire-mesh balloon-expandable tube allows clogged arteries to stay open, creating easier blood flow to the heart. The Palmaz stent is considered revolutionary in the field of medicine.

California-born Latina Elena T. Medo patented the breast pump with wall vacuum in the late ’90s. This entrepreneur is dedicated to making breast milk more available for all babies. She’s the founder and CEO of Medolac Laboratories, which turns “raw” breast milk into a shelfable product that can be distributed to hospitals and humanitarian organizations. The milk comes from Mother’s Milk Cooperative, a group Medo created in 2013, that pays moms for milk.

“Are you a robot?” We’ve all gotten those CAPTCHA tests designed to tell if we’re a spam bot or a real human being. Well, those cyber-security challenges were created by Luis von Ahn of Guatemala. He created the technology while studying at Carnegie Mellon University in Pennsylvania, and ended up gifting the technology to Yahoo for free. Today, we see it in use pretty much everywhere on the great World Wide Web. As for von Ahn, he’d go on to create Duolingo in 2012.

Rea Ann Silva is a mixed Latina, being of Mexican, Portuguese, Spanish and Irish descent — and she’s the creator and CEO of Beautyblender. The popular egg-shaped makeup tool is designed to keep moisture in rather than fight it off. It’s used by beauty professionals and everyday people alike, who tout its unique design and sponge-like materials for enhanced foundation application.

Born in 1997, María Alexandra Tamayo is a Colombian biomedical engineer who is cleaning up the water in her home country, where just 8% of households have access to clean drinking water. Nanopro is a low-cost water filter “capable of eliminating fungi, viruses, and bacteria in water without affecting its flavour, smell, and colour.” It doesn’t require any energy to work as it’s simply attached to faucets and thermoses, so it can be used in both rural and urban areas.