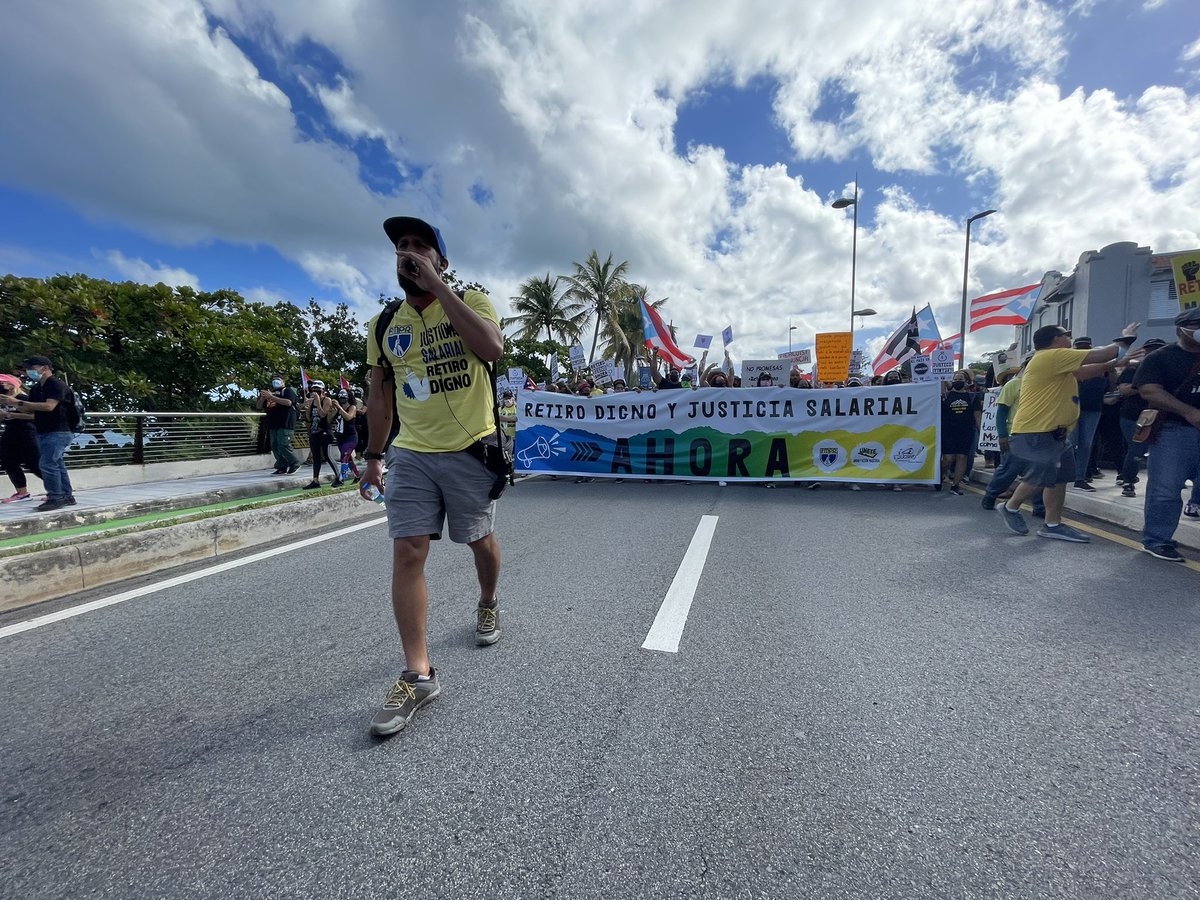 Juan Ruiz Goyco, a teacher from Arecibo, Puerto Rico, works hard. In addition to being a full-time teacher, he tutors in the afternoon and then teaches additional night classes at the university. And it’s still not enough. Juan is one of thousands of teachers across the island living paycheck to paycheck.

Now, Ruiz Goyco’s classroom sits empty as he joins the thousands of teachers protesting for fair pay and pension. The protests erupted in January following the approval of a controversial debt restructuring plan by federal Judge Laura Taylor Swain.

The plan would raise the required number of years for retirement eligibility from 30 to 63 years. This would mean that new and young teachers would have to work more than twice as long to be eligible for retirement.

The restructuring plan — which was intended to offset some of the Puerto Rican government’s $74 billion debt — raises teachers’ base monthly salaries from $1,750 to $2,220. This is the first pay increase the teachers of Puerto Rico have received since 2008.

“I have a Ph.D. and I barely even make it to $2,000 with the Department of Education. I have to look for other jobs to survive. It’s just not enough,” Ruiz Goyco told Latino Rebels.

On Feb. 4, the Department of Education reported that only 28% of teachers in Puerto Rico reported to their schools. Protesters have demonstrated at the foot of the Capitolio, the island’s legislative building, and have marched to La Fortaleza, the governor’s residence.

“The governor of Puerto Rico and the legislature is responsible for us being here today,” said Mercedes Martínez Padilla, president of the Teacher’s Federation of Puerto Rico, as she spoke to a crowd of thousands en route to the governor’s home. “They are pretending that we should work until 31 years of service, until 63 years of age, for pensions that are just crumbs.”

The teachers unions of Puerto Rico are demanding a minimum base pay of $2,700, or $15.38 an hour, as well as protection from further cuts to teacher pensions.

According to data from the U.S. Census Bureau, 44% of Puerto Ricans live below the poverty line. After Hurricane Maria hit the island, reconstruction on the island has led to an increase in new arrivals flipping properties and ultimately pricing Puerto Ricans out of their own homes.

Protesters have warned of a mass resignation by March 15 if the debt restructuring plan goes into effect.

“I want to stay in my country,” Mónica Pérez Santiago, an elementary teacher from Guaynabo told the New York Times. “It will be sad if in 30 years, things are still the same.”