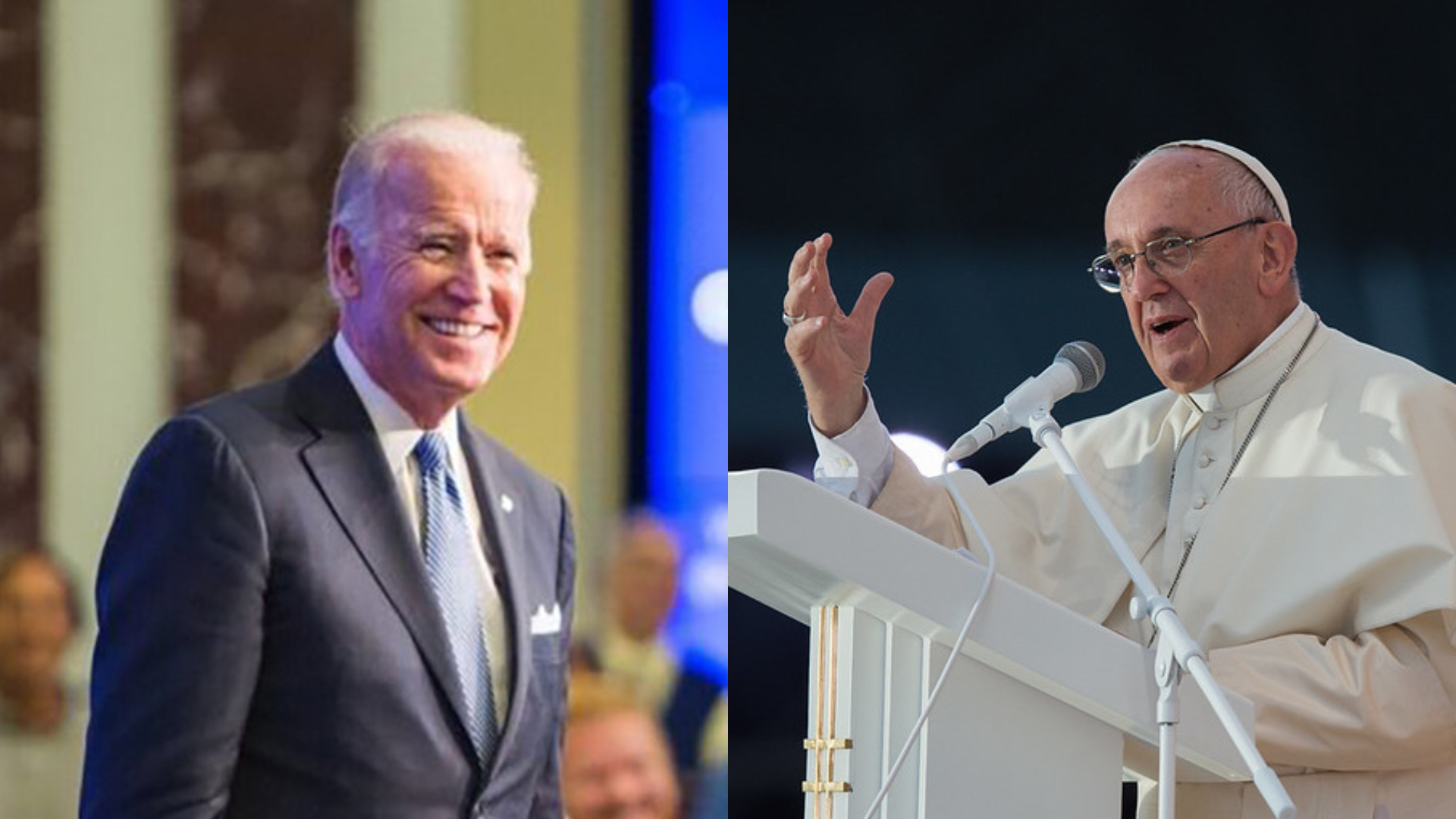 The world’s two most powerful Catholics meet. Will that change anything?

President Joe Biden is meeting with Pope Francis today to discuss climate change, poverty and the COVID-19 pandemic — issues the two leaders share in common as key areas of concern.

For Biden, the country’s second Catholic president, this is an opportunity to clear the air with U.S. bishops. Many are displeased with the president’s support of gay marriage and his pro-choice stance on abortion. They’re in the process of trying to deny him communion.

For Francis, the meeting could be a chance to discuss the impact of the faith-based social organizing groups involved in his global summit, the World Meeting of Popular Movements.

Nearly half of Latinos in the U.S. are Catholic, and many have been heavily involved in the organizations Pope Francis has supported.

The World Meeting of Popular Movements is centered around faith-based grassroots organizing to solve major issues impacting people globally. The pope has called for solidarity among people who “seek to confront unjust systems.”

In a video message addressed to the World Meeting of Popular Movements this month, Francis made nine appeals to leaders of the global economy.

The pope likened the Black Lives Matter protests that occurred following the murder of George Floyd in 2020 to the parable of the Good Samaritan, a biblical teaching on helping others.

“This movement did not pass by on the other side of the road when it saw the injury to human dignity caused by an abuse of power,” Francis said. “The popular movements are not only social poets, but also collective samaritans.”

Faith in Action is a national community organizing network “that gives people of faith the tools that they need to fight for justice and work towards a more equitable society.”

“We help congregations identify and solve local neighborhood issues before addressing broader issues at a city, state or national level,” the organization says. “As a result our federations are deeply rooted in local communities.”

Corazón Arizona is just one of the Latino-led organizations that are part of the Faith in Action network. “We are a community of diverse faith traditions and beliefs, schools and individuals organizing for an Arizona where all people can belong and can live with abundance and dignity,” organization leaders said. The group has been putting pressure on political leaders to take action on bills aimed at economic and immigrant justice.