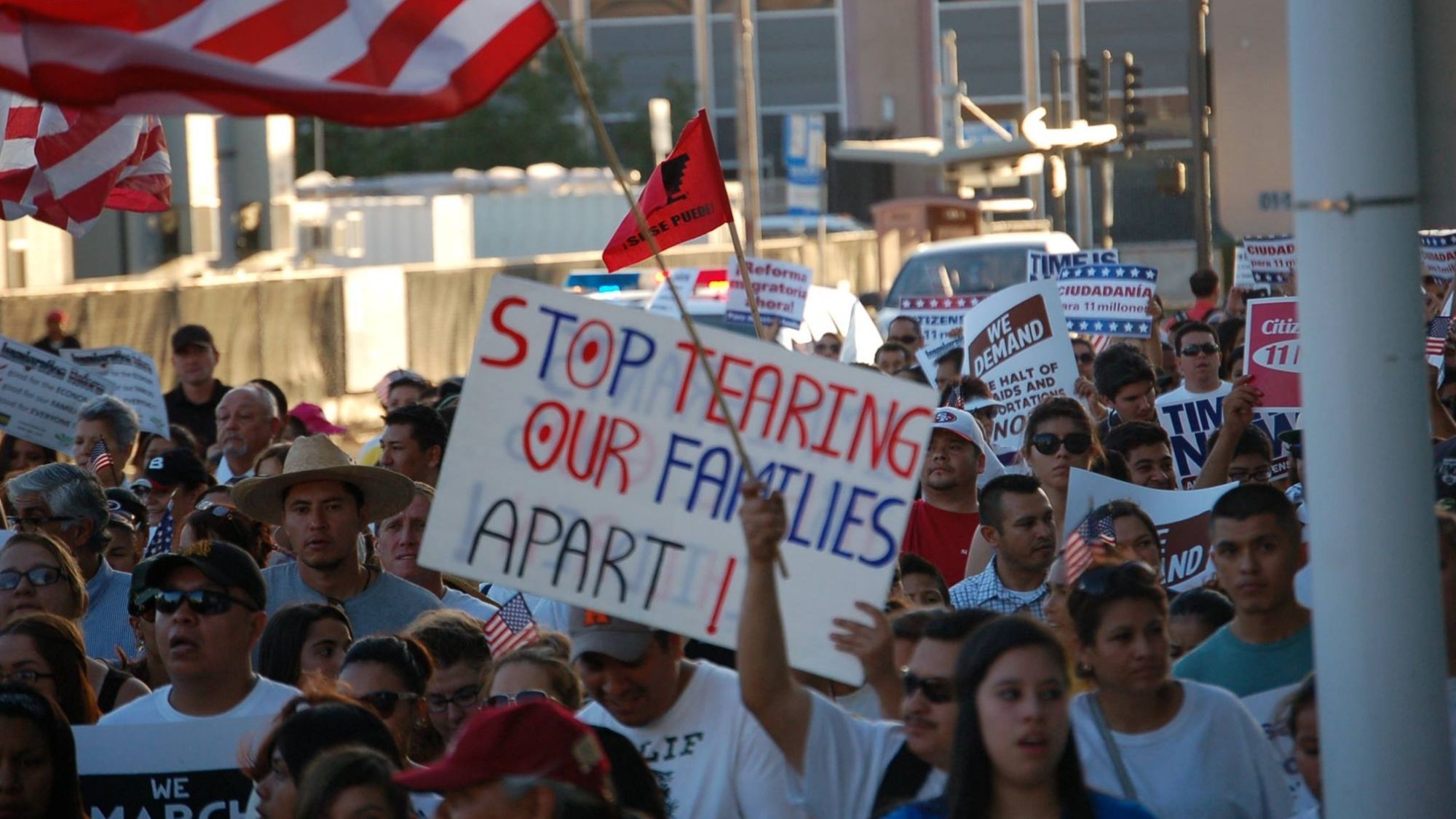 In Arizona, Latino-led advocacy groups won’t back down in fight for immigration reform

Immigrant rights advocates are fed up with legislators, who they say have been dragging their feet on comprehensive immigration reform and the Build Back Better act. Now, Latino activists are stepping up the fight.

Living United for Change in Arizona (LUCHA) is leading the charge in the Grand Canyon State, which is seeing a transformation from a solid red state to a purple one.

In 2020, Arizona voted for a Democrat for president for the first time since Bill Clinton. In the 2018 Senate race, Arizonans chose Kyrsten Sinema as the state’s first Democratic senator since the 1980s. Two years later, Arizona voters elected a second Democrat to the Senate, Mark Kelly. And five of the state’s nine representatives in the House are also Democrats.

An influx of residents from blue states, coupled with a growing number of Latino voters, have contributed to the state’s changing political landscape. Arizona has the fourth largest Latino population in the country, with 31% of its population identifying as Hispanic.

This month, LUCHA organizers confronted Sinema on the campus of Arizona State University, where she teaches. Videos of the confrontation show organizers following her into the restroom as they share stories about their own experiences and demand answers about her policy decisions. Organizers say they are baffled by the first-term senator, who they say has stood in the way of President Joe Biden’s agenda.

“This is Sinema’s moment to do the right thing, and stop blocking the Build Back Better Act,”  LUCHA co-director, Alex Gomez, said in a statement. “We — her constituents — need a pathway to citizenship, access to healthcare and lower drug prices, better-paying jobs, education funding, and the ability to keep our families safe.”

Back in May, organizers were outraged by the senator’s unexpected vote against passing the Raise the Wage Act, which would increase the working minimum wage to $15 by 2025.

Sinema was under fire again in June, after she voiced her support of the controversial filibuster that has been used to block legislation.

Arizona organizers say they have tried multiple times to contact Sinema, but say she avoids the same coalitions that helped win her historic election. Still, organizers said they will not let up on holding the senator accountable.

“What has happened is a complete slap in the face to our members,” Gomez said. “If she is not part of the solution, she is part of the problem.”