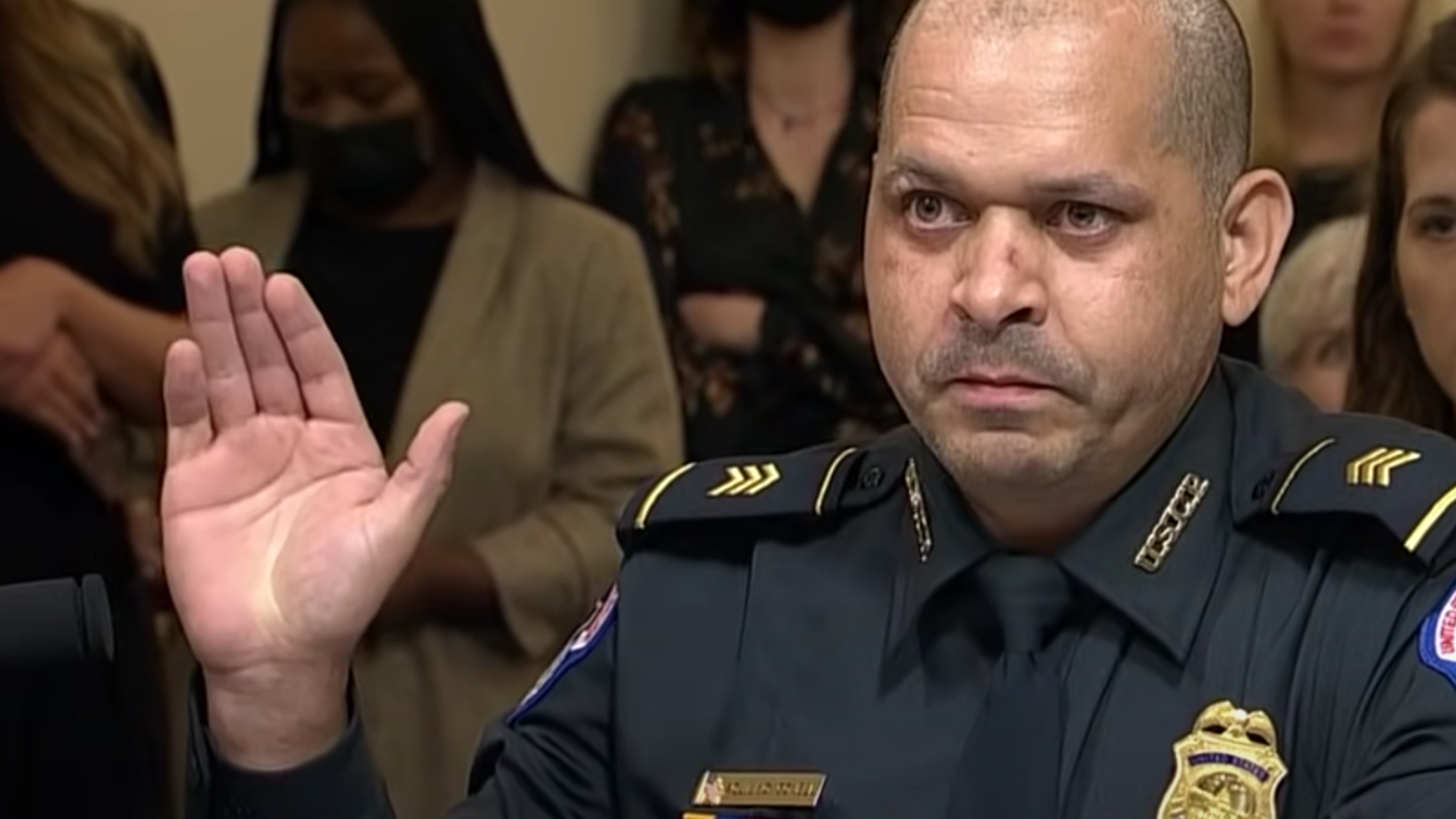 ‘This is how I’m going to die.’ Latino sergeant recalls Jan. 6 attack on US Capitol

“This is how I’m going to die.” That’s what Sgt. Aquilino Gonell thought to himself while losing oxygen, as he was crushed by violent domestic extremists during the Jan. 6 attacks on the U.S. Capitol.

Gonell — an immigrant from the Dominican Republic, Iraq war Army veteran, and Capitol Police sergeant — sustained physical injuries and post-traumatic stress disorder from the events of that day.

“The physical violence we experienced was horrific and devastating,” he said on July 27, during the first House select committee hearing on the attacks.

While upholding his oath at the Lower West Terrace, “my fellow officers and I were punched, kicked, shoved, sprayed with chemical irritants, and even blinded by eye-damaging lasers by a violent mob,” Gonell told the committee.

“The rioters called me a traitor, a disgrace, and shouted that I, I, an Army veteran and a police officer, should be executed,” he said.

The insurrectionists wielded an array of weapons, including hammers, rebar, batons, knives, handguns, police shields taken by force, bear and pepper sprays, and even the American flag, Gonell said.

Along with threats aimed at House Speaker Nancy Pelosi and then-Vice President Mike Pence, rioters also threatened Capitol police with promises of violence, such as, “If you shoot us, we all have weapons, we will shoot back,” and “We’ll get our guns. We outnumber you. Join us.”

The sergeant likened the “prolonged and desperate struggle” to a Medieval battle, and said the attackers would shout phrases such as, “Trump sent us. Pick the right side. We want Trump.”

On Thursday, almost seven months to the day after the attack, President Joe Biden signed a bill awarding police who defended the Capitol with the Congressional Gold Medal. It’s considered Congress’ highest honor.

“These were tragic hours back then. You stood in the breach, you did your duty — duty to defend the Constitution of the United States against all enemies, foreign and domestic,” Biden said. “While the attack on our values and votes shocked and saddened the nation, our democracy did survive,”

In total, 140 police officers were hurt in the attack; 15 hospitalized. One officer, Brian Sicknick, died from two strokes after being hit by a fire extinguisher over the head. Another four officers who responded to the attacks have since died by suicide.

The first in his family to graduate college, join the Army and become a police officer, “this country gave me the opportunity to become anything that I wanted,” Gonell told the House select committee.

“As a child in the Dominican Republic, I looked up to the United States as the land of opportunity and a place to better myself,” he said. “From that moment I landed at JFK [Airport] in 1992, I have tried to pursue that goal. Thankfully, I have achieved that goal on many levels.”

During his testimony, Gonell expressed frustration with those who still, despite all the evidence, refuse to condemn the attacks.

“There are some who express outrage when someone kneels while calling for social justice,” he said. “Where are those same people expressing outrage to condemn the violent attack on law enforcement, the Capitol and on our American democracy? I’m still waiting for them.”