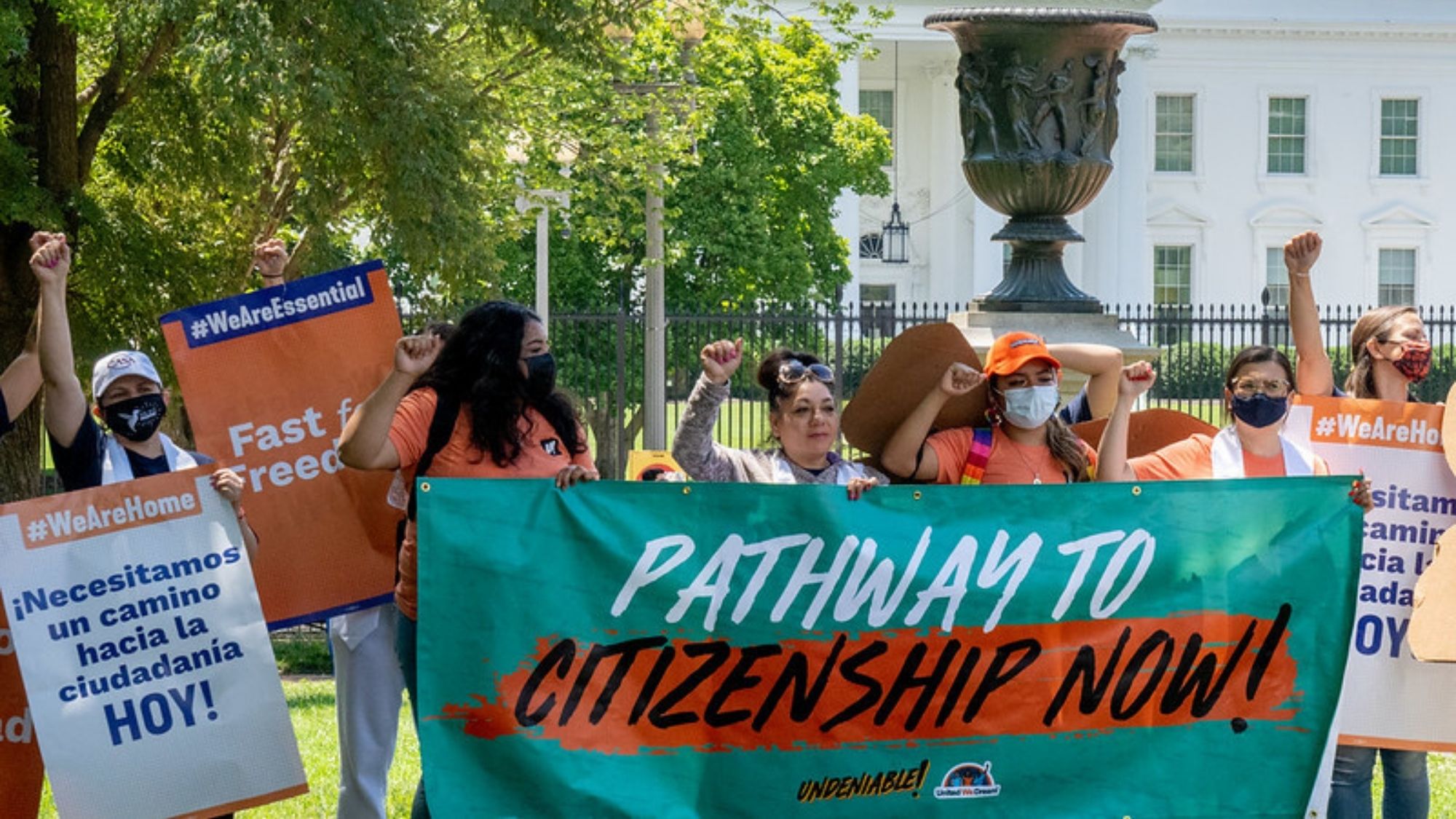 What’s next for DACA recipients as they face legal limbo once again?

For years, Dreamers have been fighting for a concrete pathway to citizenship. Now, many immigrant rights activists can’t help but feel disappointment in the Deferred Action for Childhood Arrivals program taking one step forward and two steps back.

Last month, Texas Federal Judge Andrew Hanen gave a devastating blow when he ruled DACA is illegal. There are currently more than 600,000 DACA recipients in the U.S., and 1.3 million who are DACA-eligible. The ruling effectively bars all future DACA applications. While this ruling does not immediately cancel protections for current DACA recipients, it once again leaves them with uncertainty about their future.

UnitedWeDream, the largest youth-led immigrant rights network, is among the many organizations that have publicly denounced the ruling. The organization called it “a continuation of the attacks that defined the Trump administration’s anti-immigrant, white nationalist agenda.” The network added that the ruling “put the lives of hundreds of thousands of immigrant young people on the line.”

For 19-year-old DACA recipient, Inés Martínez, the news came as a devastating shock. Martinez had finally been notified that her DACA application was received in June, and was scheduled for an appointment to have her fingerprints and photograph taken.

“I had my hopes up really, really high. I was so close; I was really close to getting my DACA approved,” Martinez told EdSource. “For that to happen, it just felt really frustrating.”

The application process for DACA has been inaccessible to many undocumented immigrants looking for a pathway toward citizenship. Many can’t afford to pay the $495 fee to apply, or don’t know of the resources available.

DACA came to be through an executive order by President Barack Obama in 2012. The order was designed to temporarily protect undocumented immigrants who came to the U.S. before age 16 from being deported. Those eligible for DACA could apply for work permits and renew every two years, but the program does not provide a pathway to citizenship. DACA was considered a temporary measure until Congress could pass more thorough immigration legislation.

Then in 2017, the Trump administration rescinded DACA, saying Obama’s executive order was illegal. Lawsuits were filed. Following a lengthy legal battle, many in the undocumented community regained hope when a 5-4 Supreme Court ruling in June 2020 allowed DACA to continue.

After Hanen’s decision last month, immigrant rights activists now have their eyes on President Joe Biden and Democrats in Congress. Their hope is that citizenship will be delivered through the budget reconciliation package before the August recess, slated to begin this week. The proposed $3.5 trillion package needs a majority vote to pass and would create a more permanent legal-status solution than DACA.

UnitedWeDream highlighted the importance of supporting the budget reconciliation package in a press release.

“While initial DACA applicants will be most impacted by Judge Hanen’s cruel and malicious ruling today, this decision is a reminder that DACA has never been enough to protect immigrant communities who continue to be at risk of deportation.”

Still, despite Democrats’ narrow control of the Senate, the inclusion of any provision related to immigration must pass what’s known as “the Byrd rule.” To comply, the Senate parliamentarian — a nonpartisan, non-elected “referee” of chamber rules — must agree that the provision is not “merely incidental” to the primary intent of the bill.

Democrats argue that a pathway to citizenship for undocumented immigrants does have a greater budgetary impact, and so it should be included in the budget reconciliation bill.