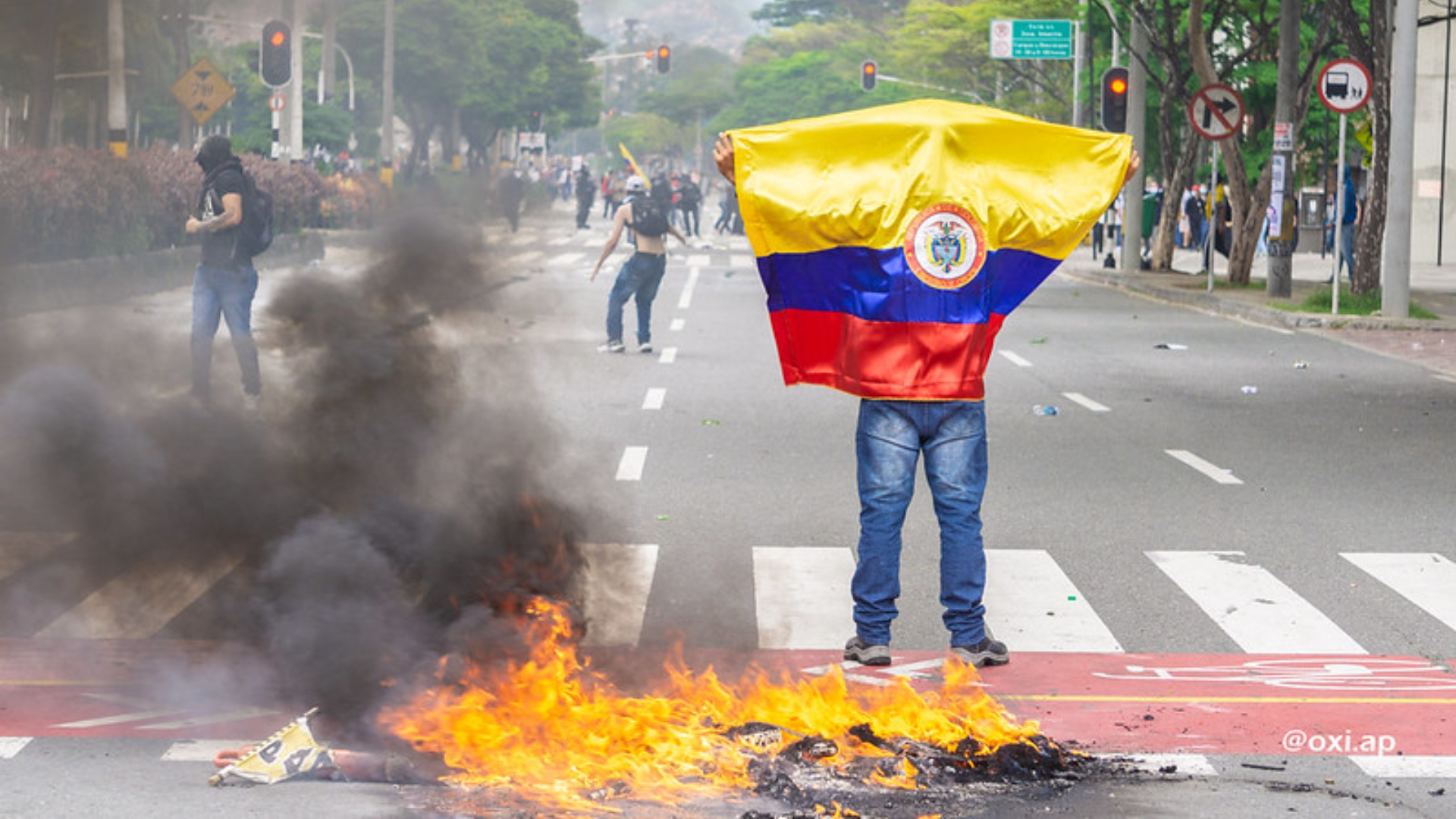 A crisis is unfolding in Colombia. Now US Latinos speak out.

Colombian police have killed at least 26 people and injured hundreds since protesters took to the streets on April 28 in a national strike against a proposed tax hike. The reports of indiscriminate police brutality in Colombia have amassed international attention. Now, many U.S. Colombians and advocacy groups are expressing solidarity with the protesters, and call for an end to the violence.

The tax hike, proposed by President Iván Duque Márquez, would have increased the price of food and heavily taxed the country’s working class. Critics said the tax plan would put more financial strain on Colombians hit hard by the recession caused by the COVID-19 pandemic. As unemployment increased in the country, the pandemic has pushed 3.6 million Colombians into poverty.

After the negative reception to the tax plan, the proposal was canceled and the country’s financial minister resigned the following day. By then, protests had taken a turn for the worse. Videos of violent clashes with Colombian riot police and reports of officers opening fire on crowds were shared across social media platforms under the tag #SOSColombia. Protests evolved to air out grievances against the violent actions of the nation’s government.

Responding to the crisis

Communities across the U.S. have shown support for the anti-government protests in Colombia. Supporters in Queens, New York, the county with the largest Colombian American population in the country, organized protests to show solidarity.

New York University faced backlash after going through with featuring former Colombian President Álvaro Uribe Vélez as a guest in the online event, Sustainable Colombia. Uribe Vélez is of the same political party as Duque Márquez. In an open letter, 7,800 students, faculty members, alumni and human rights activists demanded for the event to be canceled. The event was abruptly ended after high attendance overwhelmed the Zoom platform, causing it to crash.

In Miami, supporters gathered downtown at the Torch of Friendship, a monument symbolizing hope for refugees of Latin America and the Caribbean. Attendees of the “Raise Your Voice for Colombia” rally spoke out against the injustices being carried out by the Colombian government.

Prominent Colombian Americans have also voiced their support for the demonstrators. Singer Kali Uchis shared her outrage on the violence and stated the importance of protecting Colombian’s right to assemble.

Actress Diane Guerrero urged her Instagram followers to donate to nonprofit organizations and share informative posts on what is happening in Colombia.

In addition, advocacy groups such as the Washington Office of Latin America (WOLA) have called for U.S. policymakers to respond to the situation and “condemn Colombia police abuse in the strongest terms.”

Democratic Congressman Ruben Gallego of Arizona, whose mother is from Colombia, is calling on the Duque administration to bring about peace. “Violence does not solve this problem,” he said. “It’s important that the government takes every step they can to de-escalate the situation.”

The civil unrest has led to blockades resulting in shortages of many basic necessities. Organizers on the front lines of the movement are asking for financial aid from the international community. Medios Libres Cali (Cali Free Media), a collective of Colombian organizers, started a crowdfunding campaign to raise money to support the communities being affected.