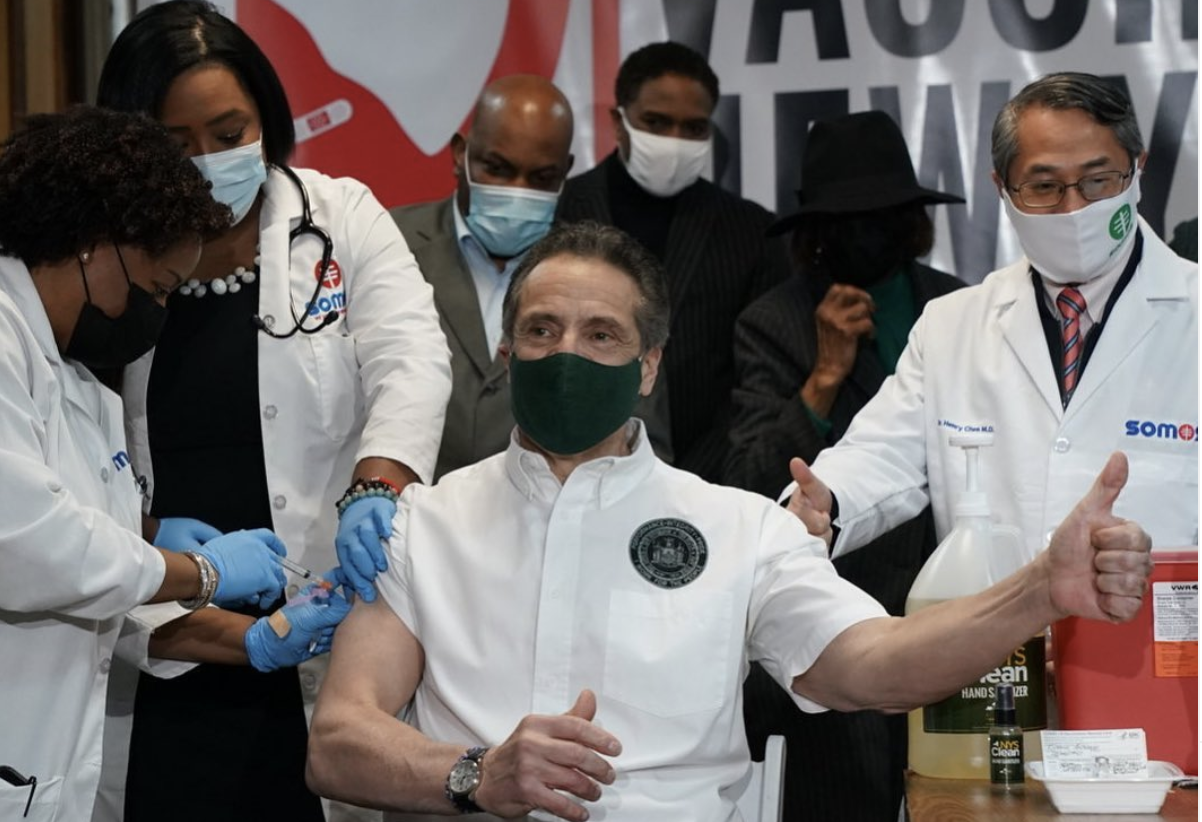 During the height of the coronavirus pandemic, New York City was known as the COVID-19 epicenter of the country. For the first three months of the pandemic, more than 200,000 cases were reported in New York City alone and Latinos were disproportionately infected and dying. Now, Gov. Andrew Cuomo’s mismanagement of the pandemic is getting extra attention amid claims of sexual harassment, corruption and calls to resign.

The escalated critique of Cuomo began in early March when documents were published showing that some of his aides had rewritten death tolls in a nursing home report. According to the New York Times, those rewrites aimed to hide the number of elderly who died of COVID. By June 2020, more than 9,000 nursing home residents had actually died during the pandemic —  a number Cuomo’s office worked to cover up.

This past weekend, at a memorial for nursing home victims, state Assemblyman Ron Kim called for Cuomo to be held accountable for his handling of the virus. Kim alleged he was bullied by the governor for speaking out about the true death rates. To date, more than 15,000 nursing home deaths have been recorded.

The new numbers hit close to home, not only for elderly communities, but also for New York City’s communities of color disproportionately affected by the virus. Data showed the city was deadliest for Black and Latino communities, with Latinos accounting for 34% of the city’s coronavirus deaths.

Queens, a borough made up of immigrants, was known as “the epicenter of the epicenter” at the beginning of the pandemic. While the dynamics of front-line work contributed to high COVID rates, so did miseducation around the situation. “I don’t think the city communicated the level of danger,” said Claudia Zamora, the interim deputy director of New Immigrant Community Empowerment advocacy.

More recently, New York has struggled to combat vaccine hesitancy in communities of color. Last month, state data showed 54% of Latino New Yorkers expressed a willingness to get the vaccine as soon as possible. That number was even lower among Black New Yorkers at 39%.

A study out by the University of Pittsburgh found that that Black residents in New York City “are significantly more likely than whites to live more than a mile away from the closest vaccination facility.” And in January, white people from other areas of the city were getting vaccinated at a site meant to serve a hard-hit Latino neighborhood.

Because of new evidence showing the negligence that led to mismanagement of the coronavirus, several senior health officials recently resigned in response to Cuomo’s overall handling of the pandemic, including the vaccine rollout.

The management of the virus is not the only scandal the governor is facing. Multiple women, including former aids, have stepped forward to accuse Cuomo of sexual harassment or inappropriate behavior. The allegations are currently under investigation by the state assembly and Attorney General Letitia James. Just last week, a current aide spoke on her experience being sexually harassed by the governor, making her the ninth woman to step forward.

Cuomo, who is serving his third term as governor, has faced calls for resignation, even among some Democrats in Congress. The New York State Assembly has opened an impeachment investigation, which is expected to take “months, rather than weeks.”